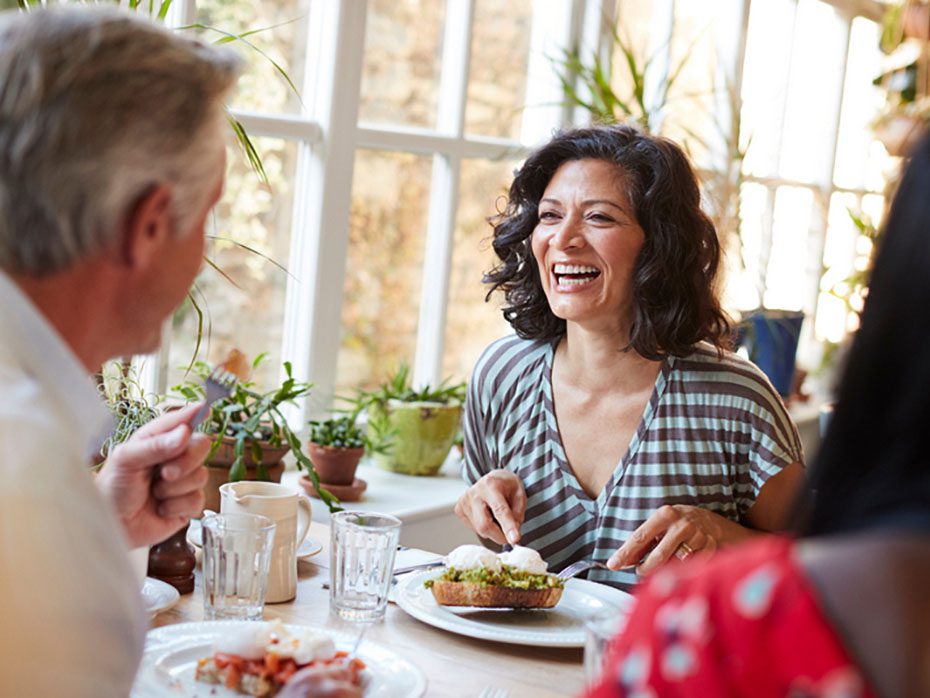 Does it make sense for you to buy an annuity at age 60? How about when in your 60s in general?

It really depends on the annuity and what it would do for you. An annuity should solve specific problems in your retirement plan and cover any gaps with its contractual guarantees.

Tens of millions of people depend on annuities and their guaranteed promises for retirement. While you may be considering an annuity while in your 60s, the ages of those who buy annuities tend to be across the board.

Some buy fixed-type annuities in their 40s so they can accumulate money alongside retirement accounts or an employer plan. Others use annuities for income in their 70s, or even later, so they have dependable guaranteed cash-flow. Several annuity buyers fall somewhere in between those age ranges.

Now, what situations might make sense to purchase an annuity in your 60-somethings? Read More 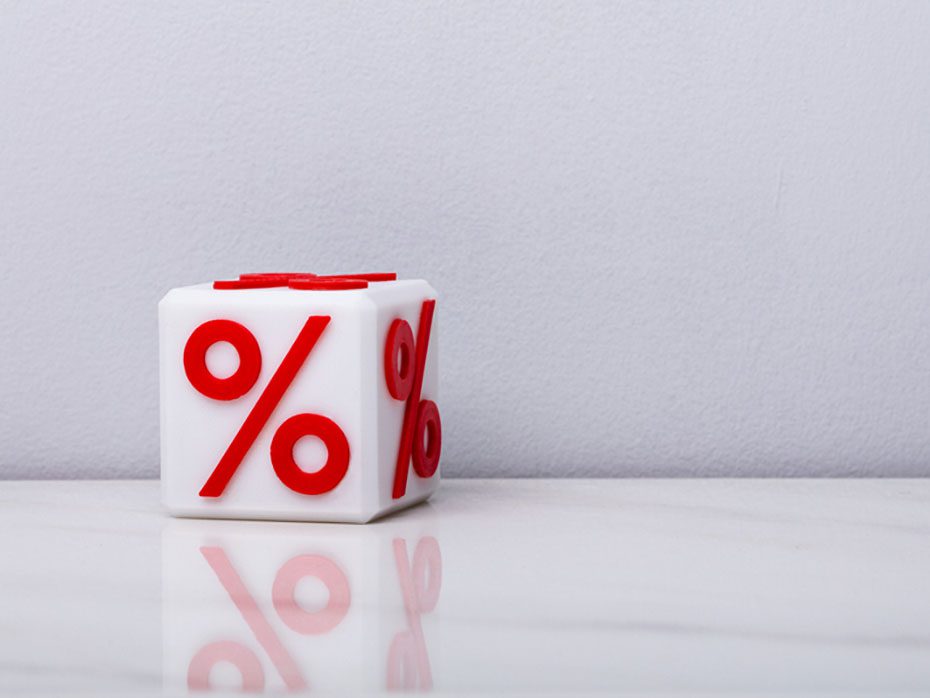 Are you looking at different annuity rates for your retirement goals? Generally speaking, an annuity rate is the percentage at which money inside an annuity grows annually. While a majority of annuity rates have to do with growth potential, not all rates do.

Many advertisers push different annuity rates online, but these rates can have different meanings. Those rate distinctions differ largely along the various types of annuities and what each type offers to you. 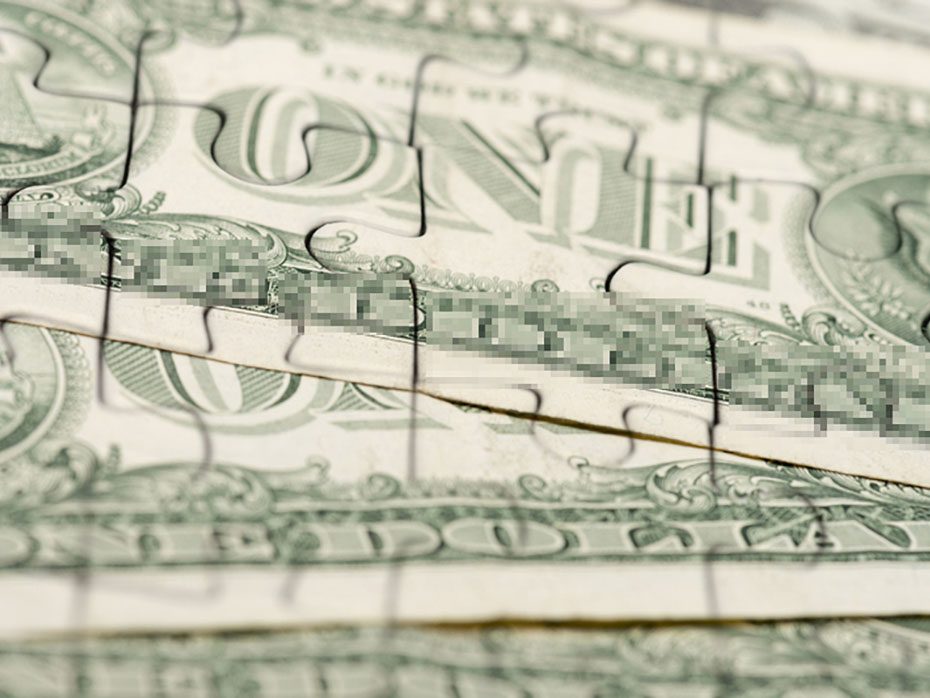 Do you have a variable annuity and are you looking for alternatives to it? Not sure about what options might make sense for your situation?

Many people buy annuities for different retirement goals, but variable annuities tend to be bought more than other types of annuities. However, this is likely to change in the near future. What is driving this shift is that people are on the lookout for alternatives to variable annuities.

Why? Variable annuities offer the most growth potential of all annuities. But they also have the most exposure to market risk.

What’s more, while this isn’t universally true for all of them, many variable annuities are also fee-heavy and expense-heavy.

According to the SEC, just one annual charge for life insurers managing longevity risk – called a mortality and expense charge – can add up to 1.25% per year in variable annuity contracts. Other research by groups like Morningstar has also found that cumulative fees and expenses in a variable annuity can be in excess of 3 percent.

Depending on their needs, people may be interested in alternatives ranging from annuity contracts with less market risk to financial vehicles that aren’t even annuities at all. Read More 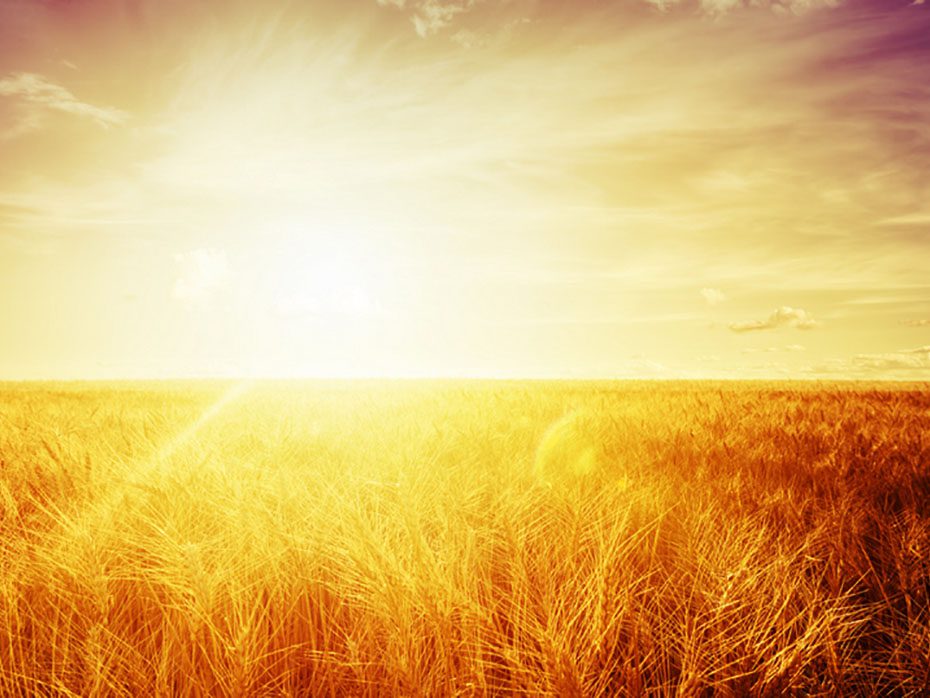 Where do you find independent annuity advice that you can trust? Just mention the topic of annuities, and you certainly won’t have any shortage of opinions coming out of the woodshed.

Many financial advisors and pundits are in the pro-annuity camp due to the strong contractual guarantees that only annuities give. On the other hand, annuity naysayers point to a few things, such as sometimes overly aggressive sales pitches, to make their case of annuity pessimism.

So, how can you find independent annuity advice that is somewhere in the middle: objective, honest, and focused on helping you become educated and make a well-informed decision? A good source will give you, among other things:

In other words, a credible source of annuity information will be upfront and clear about what annuity contracts can achieve – and also not accomplish – for you. Read More 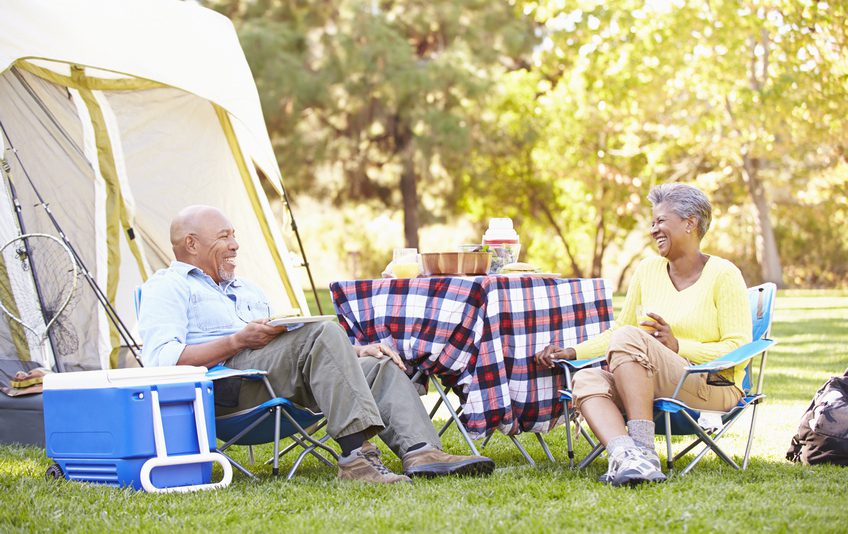 Are you looking for safe money and income strategies that you heard of on the radio or someplace else? After a long career, most people would like a financially secure retirement that they can spend in peace and comfort.

This probably applies to you as much as anyone else. As you prepare for your post-career years, you may have heard or read about those “safe money and income strategies.” If you have, you may be wondering exactly what they are and whether they are right for you in your current financial situation.

What Are Safe Money and Income Strategies?

This sort of strategy follows a retirement school of thought that emphasizes income, safety, and protection. At its core, a safe money and income strategy can:

Many fixed-income assets can serve as its lynchpin, from fixed-type annuities to bonds or Treasury securities. However, only annuities can truly pay you a guaranteed lifetime income.

What’s more, historically low interest rates have made it that much harder to live off of the interest from corporate and municipal bonds, CDs, Treasury securities, and savings bonds.

This isn’t to say that these instruments can give you some yield for dependable retirement income. It’s just harder in this lower interest rate environment. Read More 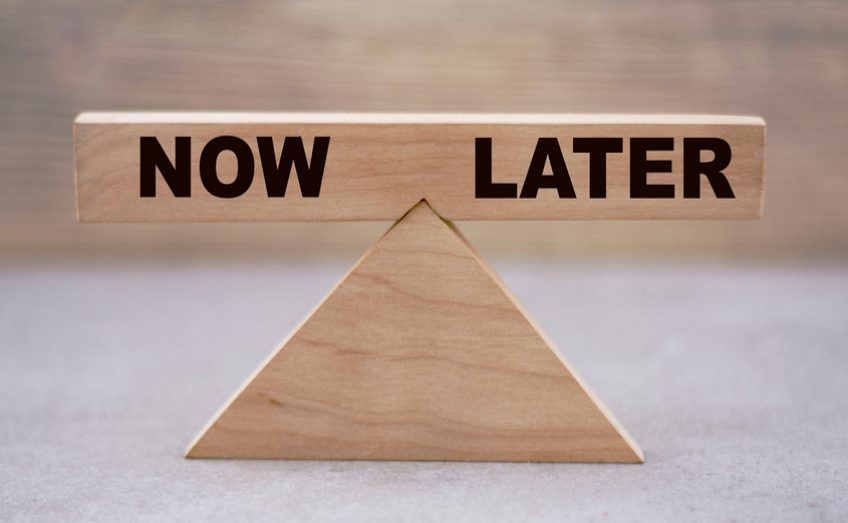 Annuities are a growing option for retirees looking for relatively ‘worry-free’ places where they can place their money without too much stress. There are many different types of annuities. But all annuities can fundamentally be divided into two main categories: immediate and deferred annuities.

By definition, an annuity is when someone puts a single lump-sum payment or a series of payments into a contract offered by a life insurance carrier. At a later point, this person starts receiving a stream of income from the annuity contract. The income stream can be for either a set period or the rest of their life.

So, what are the key differences between a deferred and immediate annuity? Here’s a quick look at the overarching distinctions. Read More 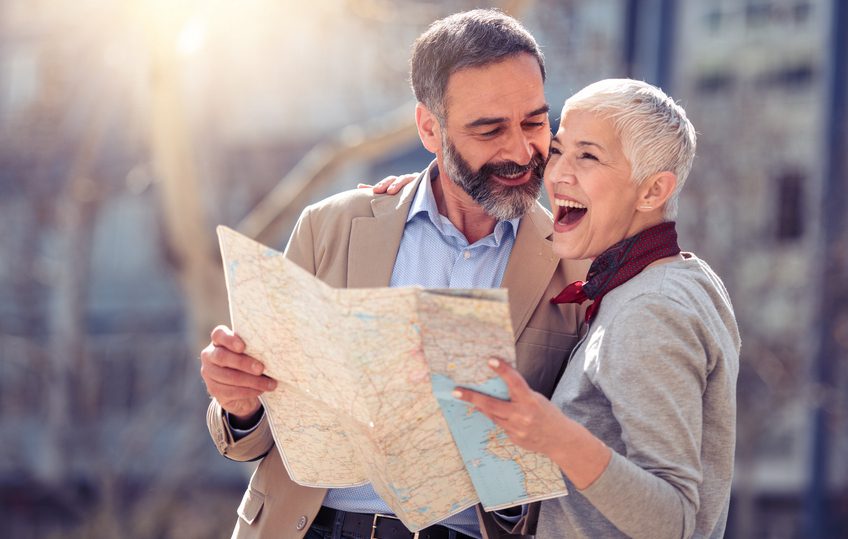 Chances are you have heard of annuities at some point. When they have a clear role in your plan, they can be an excellent part of a retirement strategy. If you are in your 50s, you might have thought at some point or another: Does an annuity make sense in your 50s, even when retirement might seem still quite a few years away?

Well, the answer rests on three primary factors: when you plan to retire, what your timeline is from now until then, and what you would use the annuity for. Read More 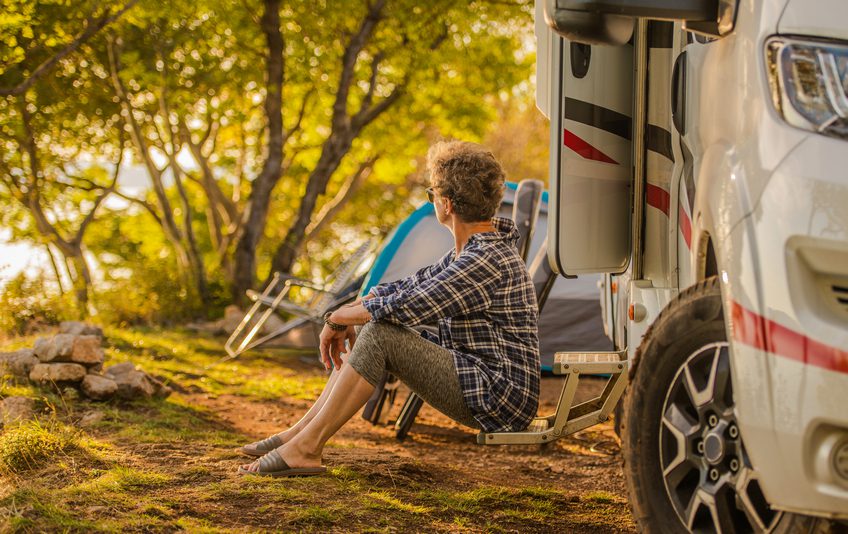 When the World War II generation finally retired, many former workers were able to count on a secure corporate pension to supplement their Social Security income. This pension income lasted for as long as they lived. Then it often continued to pay the surviving spouse after the initial recipient had passed away.

But pensions have largely disappeared from the corporate landscape. In turn, this has left an unexpected hole in the retirement plans of many retirees.

However, many people have found an alternative in annuities as a way to generate guaranteed income that they can count on every month. Annuities can provide a type of privately-funded pension income in a manner unlike any other type of financial instrument in the marketplace today.

Annuities are designed to pay a stream of guaranteed income for as long as someone lives. This holds even if someone receives more money from the insurance company than what was in their annuity contract. Read More 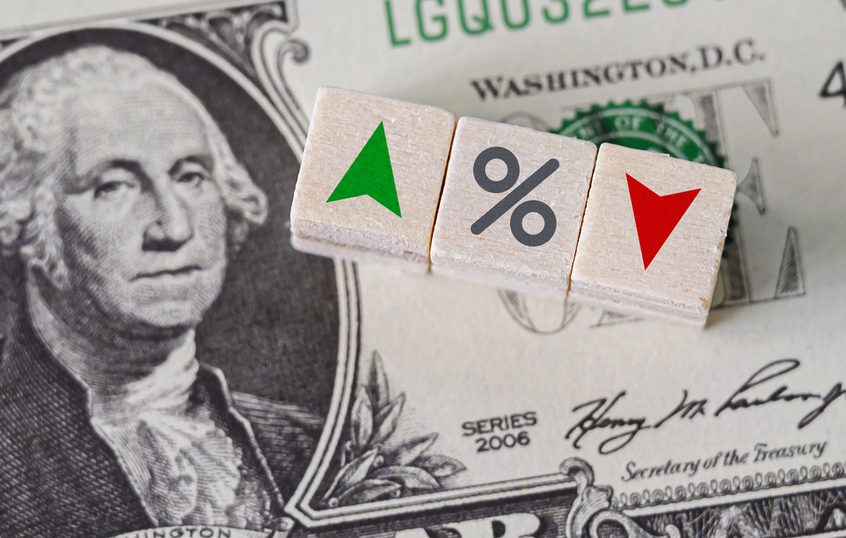 Annuities can certainly strengthen your retirement plan even while interest rates are low. Among other things, they can add more predictability and stability to what you already have.

But what can you do when interest rates are at rock-bottom? In response to the economic fallout from the coronavirus pandemic, the Federal Reserve has dropped the target rate for its benchmark federal funds rate (its overnight lending rate to banks).

Now the target range for this rate is zero to one-quarter percent. The last time the Fed did this was during the financial crisis. In 2008, it dropped the rate to the same target range, and this didn’t change course until December 2015.

The pandemic had an unprecedented impact on the economy. It put tens of millions of people out of work in just weeks and left many sectors basically on standstill. Read More 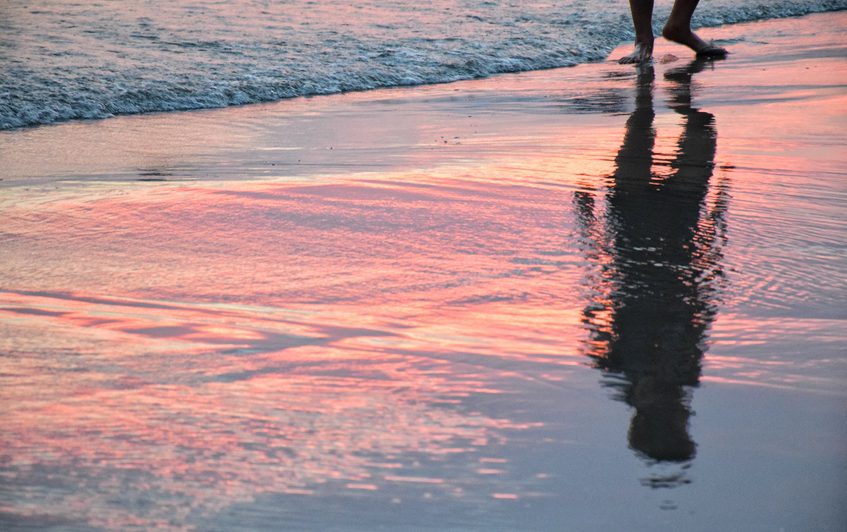 Estate planning isn’t likely to rank high on your list of fun things to do. Thinking about a post-death legacy and what you wish for loved ones probably isn’t high up there, either.

But having a proper estate plan is beneficial in many ways. It can ensure that your assets are distributed in the manner that you desire after you are gone.

Depending on the size of your estate as well as your state of residence, you may be facing estate taxes on your assets. There are ways that you can reduce that tax liability if you might choose so.

But one legal process can also derail your legacy wishes, tie up your assets for a long time, and lead to family drama that otherwise wouldn’t happen: probate.

The good news? One way that you can avoid probate on some of your assets for certain is if you have money in annuities.

With how they are treated under law, annuities exempt the money within them from this often time-consuming and drawn-out proceeding. Read More