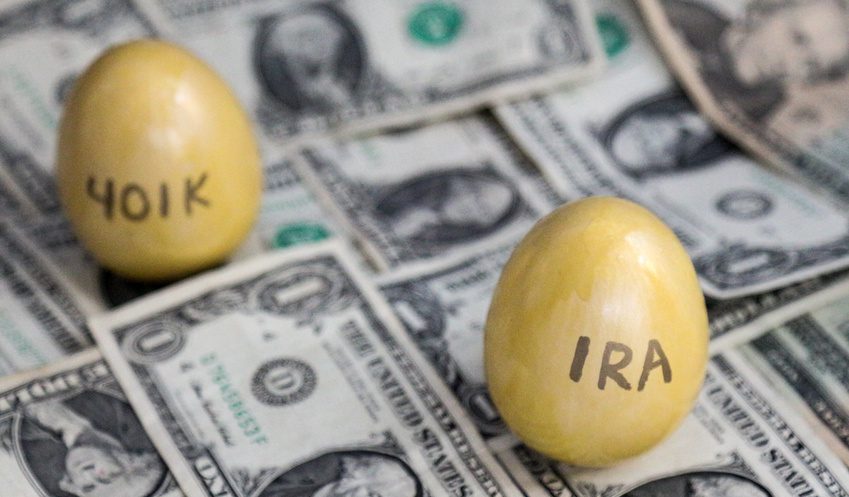 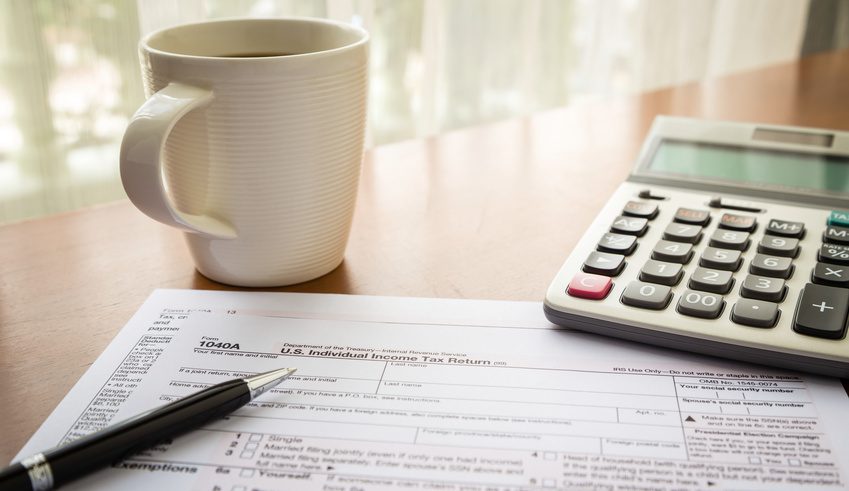 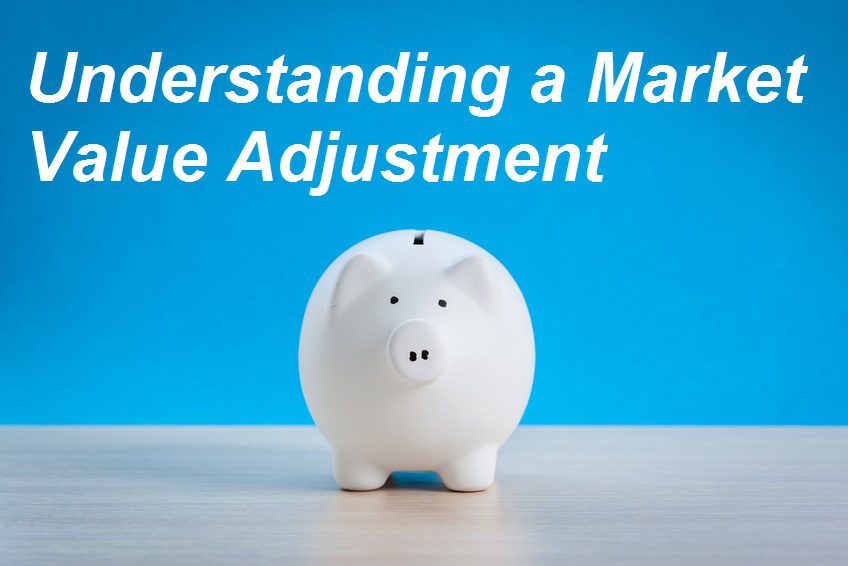 A contract with this feature is called a “market value adjusted annuity,” or an MVA annuity for short. MVA annuities tend to offer higher interest rates than regular fixed annuities do.

With a market value adjustment feature in the contract, the insurance company shares some of its investment risk with an annuity policyholder. In exchange, the policyholder may enjoy more chances for growth potential than a regular fixed contract may provide. That being said, the market value adjustment factor applies typically to excess contract withdrawals and surrender charges. And depending on the interest rate environment, an MVA may be positive or negative, which can increase or decrease a surrender charge amount.

The insurance company uses the market value adjustment factor as a safeguard against annuity contract surrenders and, in turn, to maintain its financial strength. That way it can maintain its contractual guarantees and promises made to its annuity policyholders.

Let’s look more at what a market value adjustment involves — and how it may be beneficial or negative. Read More 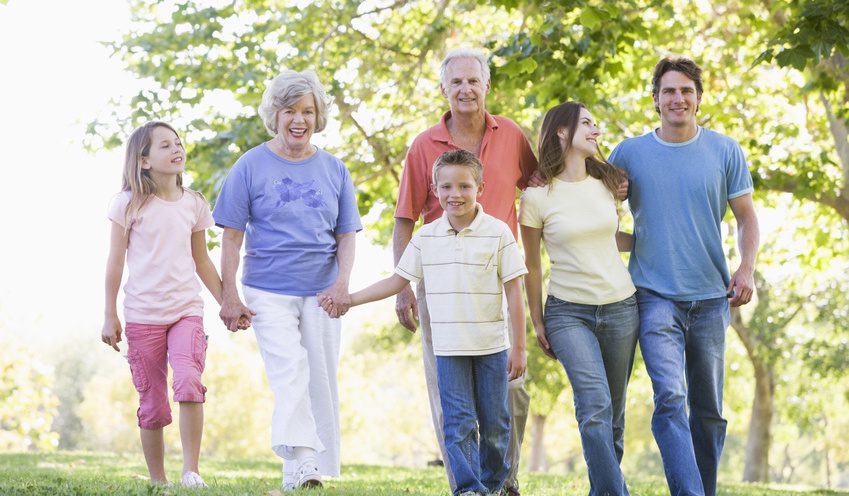 You may have invested a fair amount of time crafting your retirement plan. Your financial plan might include an annuity that could both maximize your lifetime income and maximize the potential payout to your chosen beneficiaries. But you may not have focused on the options that your beneficiaries have when choosing how to take their payout.

So, what are the annuity beneficiary payout options and how do they work? Let’s find out. Read More 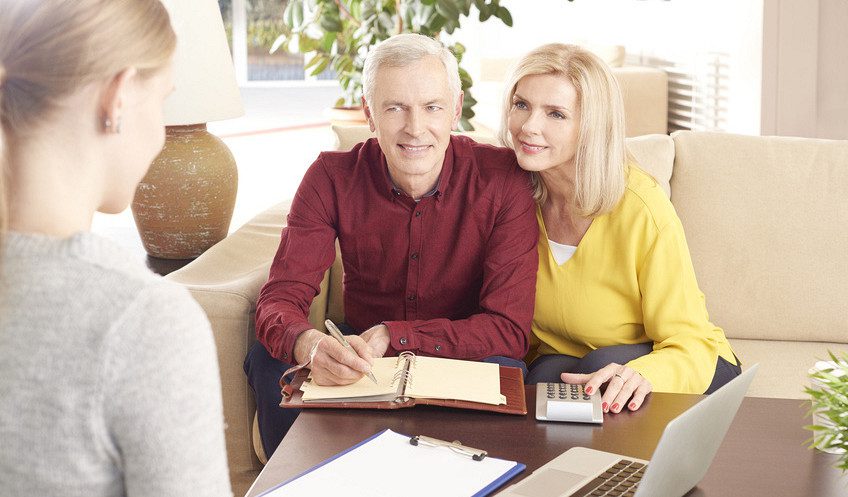 Fixed and variable annuities may be appealing for a number of reasons – especially guaranteed income. Yet many people find it hard to discern what may be good annuity options for them. And that’s as their fear of running out of retirement money remains strong.

Americans are more afraid of running out of money in retirement than they are of dying, according to a well-quoted statistic from Allianz Life. Of 3,000 people surveyed, 63% said they feared not having enough retirement money for life over leaving this Earth. That was the highest percentage of those who mentioned their financial concerns in the survey.

Fears like this are what drive Americans to look for dependable income-paying vehicles. When shopping around for income solutions, many investors find annuities to be of interest.

If you are considering an annuity for your portfolio, it’s important to understand everything before you make a decision. Knowing what a fixed versus variable annuity is, will be a good starting point.

Let’s look at some of those distinctions now. Read More 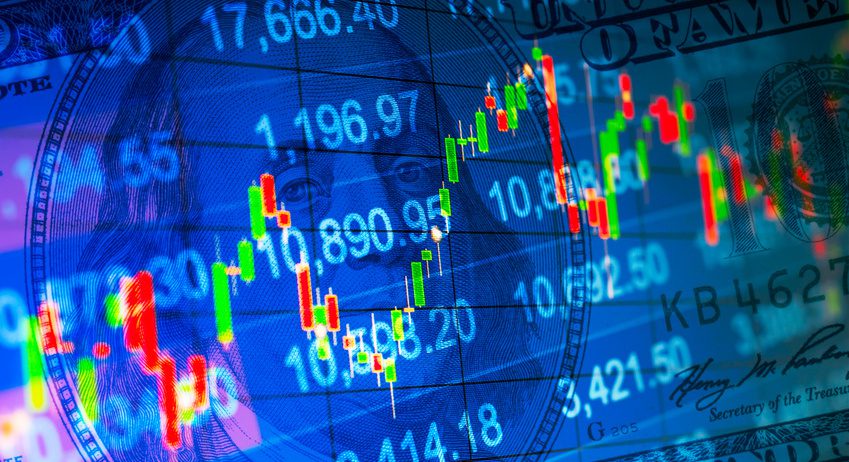 U.S. equity markets have taken investors on a wild roller-coaster ride over the last several days. Equities started free-falling after U.S. wage data released on Friday, Feb. 2, showed positive results. While economic news continues to be good, it raises the specter that the Fed will raise interest rates to ward off inflation.

Higher interest rates would result in higher borrowing costs for companies and businesses. Not only that, it would become more expensive for consumers to buy cars and homes.

It turned out that Friday’s drop was just the tipping point. The stock market went on a wild ride again on Monday, with the Dow Jones Industrial Average closing down 1,175 points. This represented the worst point drop in history. And at one point Monday afternoon, the Dow was down 1,579 points, which was the largest intraday point drop in the history of the index.

If all this market anxiety had you reaching for the Dramamine, you aren’t alone. Most people are invested in the market in one way or another. So, many households felt the sting, and it has only slightly abated as the market has begun to recover some of its losses. Read More 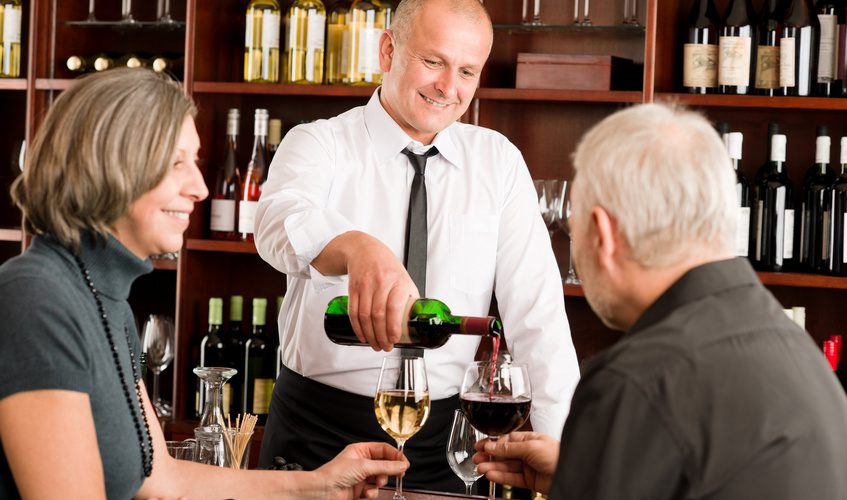 Many retirement investors use annuities for guaranteed income. But some find their annuity payout options to be confusing. There are a variety of methods to receive annuity income payments. With so many choices, it can be hard to decide what’s right for you.

People tend to feel more confident in their decisions when they are well-informed. So, this article will take a look at some common annuity payout options and how they are defined.

Before going into basic details, it’s important to recognize that your payout choices will differ among insurance companies. Some carriers may not provide the same annuity payout options you have with another carrier. Or the specific conditions and details of the payout options might vary. Keep this in mind as you choose how you want your future income payments to be calculated. Read More

Considering its interest rate potential, a multi-year guarantee annuity, or MYGA annuity, may seem pretty “boring.” This can happen especially when you compare it to a fixed index annuity and its growth potential.

But while many people see indexed annuities as appealing, not everyone does. Some retirement investors just want an unchanging, fixed growth rate for their money. The prospect of changing interest rates, from time to time, doesn’t appeal to them.

As you think over different types of annuities, it’s important to understand your options. Here’s a quick guide to understanding MYGA annuities, their benefits, and potential drawbacks in retirement planning. Read More 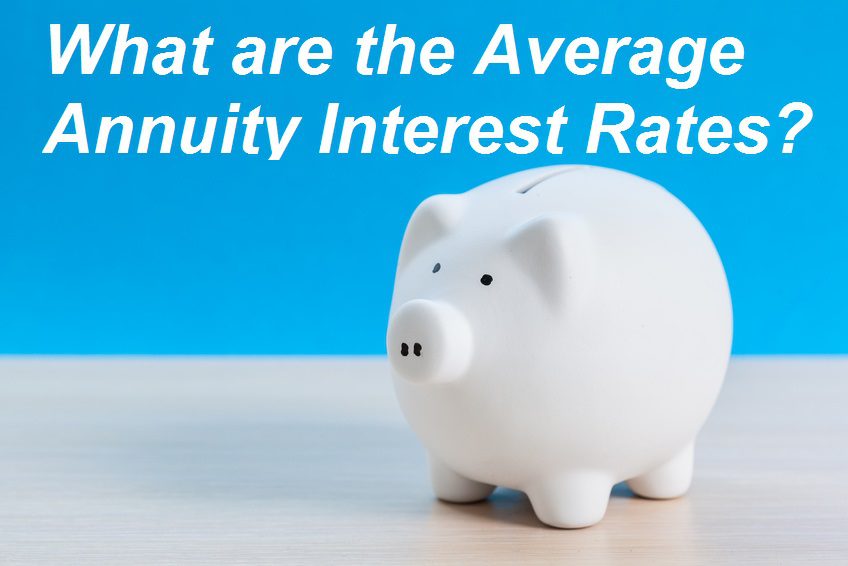 The interest rates that an annuity earns largely hinge on two things: the type of annuity you have, and how the annuity is credited interest. Some annuities declare the interest rate ahead of time.

Other annuities earn interest based on ups or downs in an index, like the S&P 500 price index. Most annuities come with compounding interest. However, you may come across some contracts that offer simple interest growth.

If you are researching the potential for typical annuity interest rates, it’s important to know how annuities can differ by growth potential. Here’s some crucial information to consider as you think through your potential options. Read More 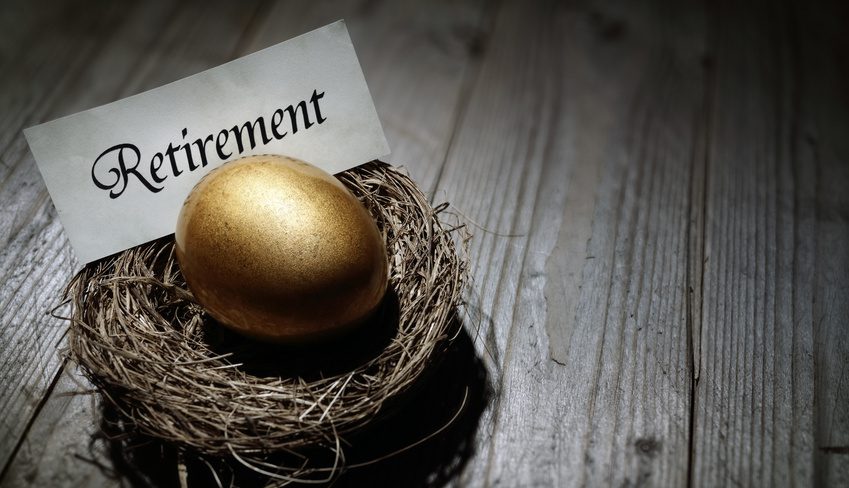 When it comes to annuities, people can have many questions. “What is the annuity exclusion ratio?” is a common one, especially for those considering immediate annuities. Many investors also ask about how the exclusion ratio may affect their tax burden in their retirement.

The exclusion ratio is an important number. It helps calculate the amount in each of your income benefit payments that won’t be taxable. Several investors like to know its basic ins-and-outs so they can get an idea of what their taxes will be.

What many people don’t know is that the annuity exclusion ratio may, in fact, reduce their overall tax liability. Since taxes can take a big bite out of retirement income, it certainly can pay off to understand this number and how it might impact you. Read More