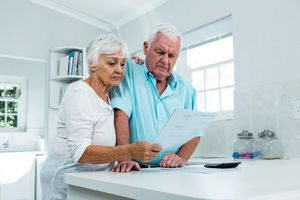 When you reach your sixties, you’ll encounter many age-related financial and planning milestones. One of the primary concerns is when to file for Social Security benefits. You’ve probably heard that going with the right Social Security claiming strategy will help with maximizing benefits.

For many Americans, Social Security benefits will be a primary retirement income source.

There are hundreds of possibilities on the table when it comes to the timing of when you file. So what’s the best strategy? At what age should you claim? What about spousal benefits, for that matter?

If you’re trying to determine which option is best, here’s some important information to help you get started.

You can apply for Social Security benefits at any point from ages 62-70. There are many milestones along the way which can affect the timing of your claim:

This is the age at which one can withdraw money from traditional IRAs, 401(k)s or similar retirement plans without restrictions. You can also begin taking money out without an added 10% tax penalty. However, account withdrawals will still be taxed at normal tax rates.

For most people, it’s not wise to begin drawing funds from retirement accounts at this relatively young age unless they have specific financial needs. Usually, the value of maintaining tax-preferred individual retirement savings exceeds the benefit that may come from early spending.

This is the first year you can collect a Social Security survivor benefit if a spouse or ex-spouse has died. Please note, this applies only if they were married for at least 10 years and they never remarried.

Get the Facts on Essential Retirement Planning Steps!
Read More
The earliest age that someone could collect their Social Security retirement benefit. Most people should not file for benefits at this early age. It can lead to your benefits being permanently reduced. Moreover, your spouse’s survivor benefits could also be slated for permanent reduction.

However, certain spousal strategies may be an exception. This is also the age at which pensions from long-term employers may begin.

This isn’t an official milestone, but it can be an important age for laid-off workers who are offered COBRA health care benefits. COBRA benefits typically last for 18 months. 65 is the age at which one can begin Medicare medical coverage.

Therefore, 63-and-a-half is the earliest age at which, if a person was laid off and covered by COBRA health care benefits, that COBRA benefits would provide a healthcare bridge all the way until they are eligible for Medicare.

There are a few exceptions to this requirement, including active employees who are still covered under an employer health plan. 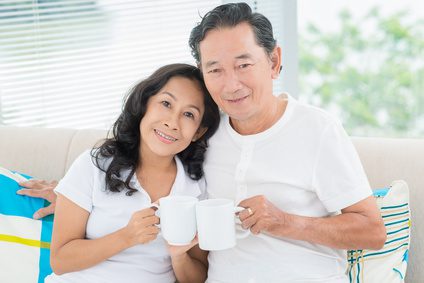 For many retirees born 1943-1955, the “magic age” is 66. Because this is the official “full retirement age” (FRA) for many seniors, this milestone enables you to take full advantage of Social Security claiming strategies.

At this age a number of creative Social Security strategies become available. Note, however, that recent changes in tax law have changed claiming strategies open to you. For instance, the popular “File and Suspend” strategy was done away with in May 2016, with certain grandfathering provisions that had to be met by end of April 2016. Consult with a knowledgeable financial professional to help you determine a suitable claiming strategy.

When they reach age 72, owners of retirement accounts such as IRAs, 401(k)s or other similar retirement plans are required to start taking specified required minimum distributions (RMDs).

They actually have until the following April to make take the first year distribution. After that, each year’s distribution must be taken by Dec. 31 of that year. The total required distribution is based on the total values of all of a person’s IRAs and retirement accounts as of Dec. 31st of the previous year.

The total distribution may all be taken out of any one account or may be split among the accounts as needed.

The Bipartisan Budget Act of 2015 made significant changes to Social Security benefit claiming strategies which retirees may utilize: 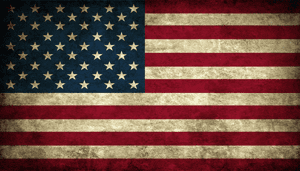 File and Suspend Gone – Retirees who reached FRA used to be able to use the “file and suspend” strategy. However, the Bipartisan Budget Act of 2015 contained provisions which closed loopholes allowing for file and suspend. These changes came into effect on May 1, 2016, which ended the availability of this strategy for retirees who hadn’t reached FRA by late April 2016.

There were grandfathering provisions for retirees born on or before January 1, 1954 (people who reached FRA in time). However, they had to file and suspend by April 29, 2016. Outside of this date, people now can still suspend their benefit if desired. However, it would end all spouse and children benefits relating to their worker benefit.

If the other spouse were able to suspend their benefit (having reached FRA themselves), they needed to do so before April 30th of 2016. With the deadline passed, now seniors will have to take an entirely different route for claiming than they originally planned – or now have these paths closed to them. These changes make it imperative to work with a knowledgeable professional to determine a suitable claiming strategy.

Determining when you or your spouse will start taking Social Security benefits may be the most important decision of your retirement. It’s a life event which can mean thousands of dollars lost in collected or missed benefits.

If you need help getting the most out of your Social Security benefits, guidance from a financial professional can help.

Use our Find a Licensed Advisor section to connect directly with an independent financial professional, and to request a personal strategy session to discuss your needs and goals. And should you have any questions or concerns, call 877.476.9723.