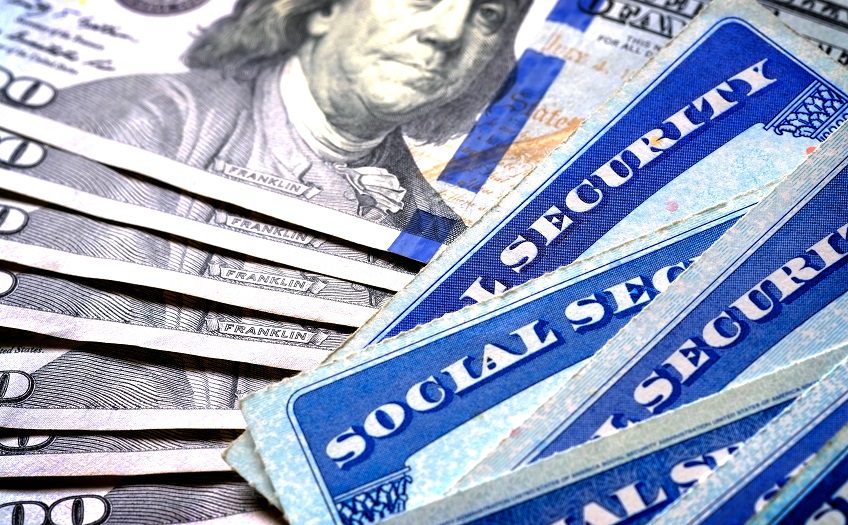 Sure, you can start your Social Security benefits at age 62. But is it better to claim early or delay benefits until a later date?

While a one-size-fits-all answer doesn’t work for everybody, a new study suggests that ill-timed Social Security strategies are costing Americans dearly.

United Income found that retirees might lose $3.4 trillion in potential income due to timing of when they enroll for their benefits. The research was a joint effort between the fintech company and former top policy officials from the Social Security Administration.

What about the income effect on retirees at a personal level?  On average, each retired household would miss out on $111,000 of lifetime benefits. And for current retirees, premature decisions could add up to collective losses of roughly $2.7 trillion.

That would average out to roughly $67,000 in lost income per household.

Social Security is a vital benefit for retirees, with roughly one-third of all retirement income coming from its payouts. Roughly $1 trillion in benefits is paid out annually.

In the study, the researchers used data from 2,000 households tracked by the long-time- University of Michigan survey on health and retirement.

From there, they ran estimates for the retirees’ spending and life expectancy. Those estimations were part of their calculations for each retiree’s optimal filing time for Social Security benefits.

Altogether, the projections added up to nearly 1.1 billion simulations for different retirement outcomes, painting a comprehensive picture of the Social Security landscape in America.

Poor Timing of Benefits to Blame?

The issue? An estimated 96% of retirees choose the wrong year to tap their benefits, according to the report.

“People are doing pretty much the opposite of what they should be doing,” explained Matt Fellowes, a study co-author and an executive at United Income.

Most Americans claim Social Security at age 63, the study found. According to Fellowes and the other researchers, this is where the vast majority of retirees get it wrong.

While they can claim benefits at 62, retirees are giving up potentially a bundle in retirement income in exchange for the early start.

Those who enroll for benefits before their Full Retirement Age are saddled with reduced payouts for life. Depending on their age at the time, they could see as much as a 30% reduction to their benefits. And what’s more, they are locked into this lower benefit payment for the rest of their lives.

Although Full Retirement Age entitles someone to their full benefits, waiting to claim can offer a substantial advantage. Each year of delay lets their benefits grow by roughly 8%. Age 70 is the latest age that benefits can be postponed to, giving a maximum potential benefit increase of 32%.

Only 4% of American retirees are holding out until 70 to claim their benefits, according to report estimates. In contrast, 57% of retirees would be well served by the delayed benefits strategy, as they would have built up more lifetime wealth, the researchers found.

In the meantime, more than 70% of U.S. retirees start their benefits before age 64. The report estimated that just 6.5% of retirees would benefit from claiming Social Security prior to 64.

Even so, there isn’t a universal rule of thumb as to when to claim Social Security, as the report observes.

While over half of retired Americans would benefit most from the “wait-until-70” strategy, a remaining 43% of retirees would have optimal claiming ages spanning 62-69.

One might expect Social Security decisions to be driven, in part, by personal health conditioning and family history. But, perhaps surprisingly, the report’s findings suggest that retirees don’t act in this way.

People who died before 75 were just as likely to have claimed early as those who died after 85.

Altogether, these less-than-ideal decisions about Social Security benefits add up to the $111,000 in lost benefits per household.

How Would Better Decisions Improve Outcomes?

When it comes to these choices, Fellowes explained, “rather than a simple rule of thumb as to when to claim Social Security, the optimal decision varies broadly, both across and within households.”

And if more financially optimal choices were made? According to report estimates:

“About 92% of retirees that claimed Social Security sub-optimally would have seen their annual income increase if they had made the claiming decision that maximized the probability they would have enough money to afford retirement.”

Not only that, the outcome improvements could be quite substantial:

So, how can retirees and mature-aged Americans better bridge this gap?

An optimal claiming decision will rest on many personal variables: when you plan to retire, how much money you have for retirement, your other expected income streams, your expected future spending, your current health status, what family history suggests about your retirement longevity, among others.

These considerations can take a certain skillset to weigh and determine what Social Security claiming strategy makes sense for you – and how that strategy fits alongside other strategies inside your retirement income plan.

You might benefit from the assistance of an impartial financial professional who can help you explore different claiming times – and help you find a strategy that makes sense for your situation.

In general, though, the United Income study authors recommend consideration of a strategic balanced use of savings and benefits.

According to their estimates, the “best” claiming strategy means pulling from retirement savings in your 60s. The goal is to accrue a larger monthly check that comes from a delayed claim.

With that in mind, you could a short-term “income bridge” that covered spending needs between when you retired and when you claimed Social Security at a later time.

This can be an advantage not only from an income-maximizing standpoint, but also from the perspective of managing inflation from when you retire to when you take your benefits.

Planning for an Income-Secure Retirement

If you could benefit from personal guidance in optimizing Social Security and other income streams for retirement, help is a click away.

Financial professionals at SafeMoney.com stand ready to assist you. Use our “Find a Financial Professional” section to connect with someone directly for a personal appointment. Should you need a personal referral, call us at 877.476.9723.