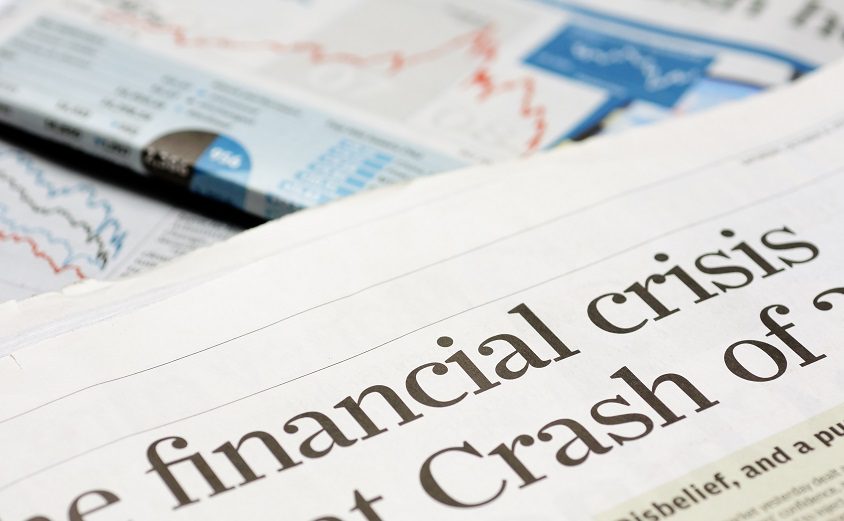 Editor’s Note: This is Part 1 of a series on the worst financial crisies in U.S. economic history. Stay tuned for Part 2 coming up in a short time!

When the economy is tooling along and we find ourselves facing only an occasional hiccup in our money matters that falls short of expectations, it’s easy to feel complacent about the future. Surely life tomorrow will be a lot like it was today.

Except, as anyone who owned a home, a retirement account, or an investment account in 2008 knows all too painfully, our situations can change in a ‘heartbeat.’ And, in turn, they can affect our future outlooks.

To make sure we are all diligent about protecting our financial futures so that we can achieve the retirement we envision, here are 10 valuable reminders.

These historical lessons reinforce the importance of having a financial plan – so you can trudge on ahead or reset your course as needed. They aren’t necessarily typical of what might happen in our lifetimes, but they do show the value in being financially prepared.

As you think about the future, consider working with an experienced financial professional, who acts in your best interest, and who can help you make any such determinations. That includes the whens and ifs of any changes that might be right for you. And keep an eye out for part 2 of our series, coming next week.

“Oh, what a tangled web we weave.” In this case, “we” is Charles T. Barney, president of the Knickerbocker Trust Company, which was one of the largest banks in America in the early 1900s.

In 1907, Barney colluded with two executives of other banks in an attempt to corner the copper market. Their plan failed when other market manipulators simultaneously dumped millions of dollars in copper onto the market to foil a hostile takeover of an unrelated organization.

When Knickerbocker’s involvement in the copper manipulation scandal became public, the National Bank of Commerce announced that it would no longer process checks from Knickerbocker accounts.

Worried depositors swarmed Knickerbocker in an effort to withdraw their assets, triggering the Panic of 1907. It then spread across the country as depositors lost faith in their local banks.

The Knickerbocker Panic was a key cause of the Dow Jones Industrial Average losing 48% of its value from its high during the previous year. It also sparked Congress to form the Federal Reserve System in 1913.

This event severely impacted the credit markets and merchants of all economic levels on the East Coast. It was brought about by the bursting in 1796 of a land speculation bubble (think housing speculation bubble in today’s terms).

The impact was worsened by deflationary actions the Bank of England took to prevent insolvency should its account holders fear a possible invasion by the French.

All of this financial turmoil triggered the collapse, in the early 19th century, of financial and commercial markets throughout the coastal U.S. and the Caribbean.

“Irrational exuberance.” Those two words, tucked into a 1996 speech by then Federal Reserve Chairman Alan Greenspan, characterized the irrational investing that led to one of the worst stock market declines in U.S. history.

With the rise of the internet and e-commerce in the late 90s, every investor and venture capitalist wanted in on the action.

But many of the companies showered with capital couldn’t figure out how to turn their promising ideas into businesses that could turn a profit.

On March 10, 2000, the NASDAQ peaked at 5,132.52, a four-year gain of approximately 390%. The next day, investors who felt their tech investments would likely never pay off began selling their shares.

That selloff popped the bubble, causing a market drop that had the NASDAQ ending the year at 2470.52. That was a 52% drop from its March high.

Like the crisis in 2008, the Panic of 1837 was yet another crisis sparked by a speculative real estate boom.

It followed a directive by President Andrew Jackson for settlers to push westward. In a campaign to effectively push Native Americans off their land, investors swarmed west to purchase cheap land.

Other economic factors at play, from a sharp decline in cotton prices to restrictive lending policies in Great Britain, led to U.S. banks calling in their loans. It triggered a major recession that would last for almost a decade and cause more than 40% of U.S. banks to fail.

Just as bad news spreads at the speed of the internet today, in the late 1850s bad news sped quickly across the country via telegraph.

By this time, land values in the West were declining as Native Americans fought back to hold onto their lands. U.S. banks had made large loans to railroad companies, and now many of those railroad companies were experiencing falling revenues and asset values.

Several railroads were forced to shut down. With the failure of the New York branch of the Ohio Life Insurance and Trust Company, news of the financial panic spread quickly. In the aftermath, banks collapsed, businesses went belly up and land prices declined.

It led to workers losing their jobs and farmers facing rock-bottom crop prices.

These events, and our own experiences, highlight the importance of having a long-term financial strategy. If you don’t have a plan in place, or you could benefit from another professional opinion of your existing strategy, help is a click away.

There are many financial professionals at SafeMoney.com who can help guide you through the “what ifs” of your retirement planning. Use our “Find a Financial Professional” section to connect with someone directly. Should you need a personal referral, call us at 877.476.9723.