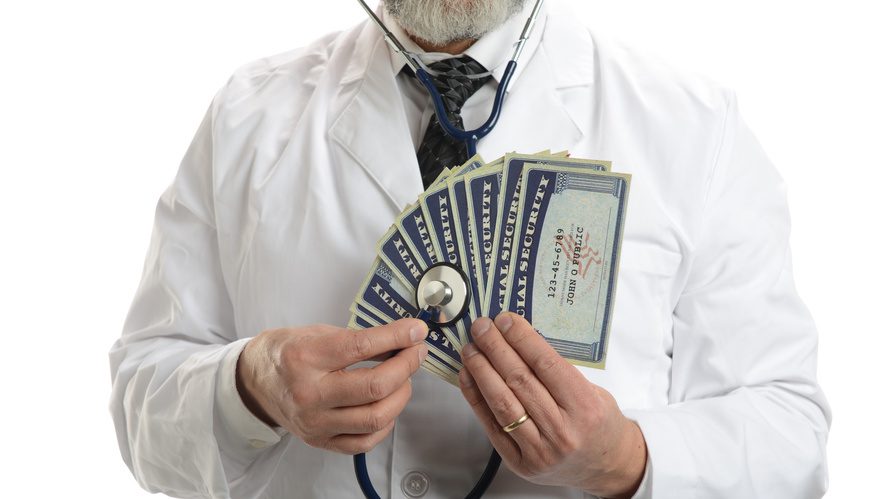 If you are gearing up for retirement, chances are you have seen the headlines. Earlier this June, the trustees of Social Security and Medicare published their annual reviews of both programs. And, at first glance, their news isn’t good.

The trustees acknowledged the programs face funding challenges. But that is a far cry from them being completely emptied. Even so, it wasn’t long before the Internet was flooded with alarmist headlines on the outlooks for Medicare and Social Security. As we will see in a bit, even some prominent news organizations had a few of the critical details wrong.

Like many people, you may have thought at some point: “Will Medicare and Social Security be there when I retire?” It’s a legitimate question, especially considering how you have paid into these program funds for your entire working life.

Let’s try to get to the bottom of these worries—and clear up some confusion—by consulting the latest research and findings on the one issue that affects every American who plans to retire one day.

During its 83-year history, Social Security has collected about $20.9 trillion and paid out $18 trillion. This leaves asset reserves of $2.9 trillion at the end of 2017 in its two trust funds, the Old-Age and Survivors Insurance (OASI) Trust Fund, which pays retirement and survivors benefits, and the Disability Insurance (DI) Trust Fund, which pays disability benefits.

Each year the trustees of the Social Security and Medicare trust funds report on the current and projected financial status of the two programs. Most recently they shared their findings in their 2018 Annual Reports.

According to their Summary of the 2018 Reports, “the combined funds—designated OASDI—satisfy the Trustees’ test of short-range (ten-year) financial adequacy because the Trustees project that the combined fund asset reserves at the beginning of each year will exceed that year’s projected cost throughout the short-range projection period. However, the funds fail the test of long-range close actuarial balance.”

The summary added, “Social Security’s total cost is projected to exceed its total income (including interest) in 2018 for the first time since 1982, and to remain higher throughout the projection period.” This means that, in 2018, Social Security will start having to dip into its trust fund to pay its benefits.

How Long Until Benefits May Be Affected?

Then what happens? Does the government pull out its metaphorical empty pockets and say, “Sorry, there’s nothing left?”

Not quite. After 2034, the Summary projects that scheduled tax income should be sufficient to “pay about three-quarters of scheduled benefits through the end of the projection period in 2092.”

Since Medicare benefits help retirees to deal with the high costs of healthcare, they are another key piece of a retiree’s financial benefits puzzle. The Hospital Insurance Fund, also known as Medicare Part A, is projected to be depleted by 2026, three years earlier than reported last year. After 2026, revenues will be sufficient to cover 91% of hospital insurance costs.

Writing in The Washington Post, Jared Bernstein, a former chief economist to Vice President Joe Biden, and now a senior fellow at the Center on Budget and Policy explains, “It does not mean that either program is broke and can’t pay benefits. Most of the funding for these insurance programs comes through payroll and income taxes levied on current incomes. Therefore, even if the trust funds go to zero, about three-quarters of Social Security and 90 percent of Medicare benefits will be financed by dedicated revenue.”

He adds that by no means should these cuts be allowed to occur. But, Bernstein cautions, “Beware of scare tactics suggesting that the trust funds are the programs’ only source of revenue.”

He cites an article that appeared in Politico announcing that Medicare is scheduled “to go broke three years earlier than expected.” As Bernstein observes, the article goes on without any qualifying points about how the lion’s share of benefits will still be financed by revenue inflows.

The Cost of a Delay in Finding a Fix

Once both Social Security trust funds are depleted, the programs will only be able to pay out 79 percent of scheduled benefits, based on payroll and other Social Security tax revenues projected at that time, says Romina Boccia. Boccia is the deputy director of Thomas A. Roe Institute for Economic Policy Studies and the Grover M. Hermann fellow in federal budgetary affairs at The Heritage Foundation.

In an article for The Daily Signal she writes, “What this means for beneficiaries is that in the absence of congressional action, benefits could be delayed or indiscriminately cut across the board by 21 percent.”

Delaying finding a solution could cost taxpayers even more, she says, referring back to the Summary. “In their report, the trustees highlight that if Congress waits until the trust funds become exhausted, the cost of making the program solvent will be as much as 40 percent higher. That means much deeper benefit cuts and higher tax increases for workers and beneficiaries,” Boccia writes.

“If Congress opted to raise the payroll tax rate to cover the shortfall, without adjusting benefits, workers would need to part with 16.3 percent of their covered earnings, up from the current rate of 12.4 percent,” she concludes.

That is a sobering thought. And a fresh reminder that Congressional action to correct this path could be a long time coming.

Preparing for a Financially Secure Future

All of this confirms one inescapable reality: We are ultimately responsible for the quality and security of our own retirements.

If you count on enjoying a financially confident future, take heed. It’s important to not let alarmist headlines or the dour tones of ever-constant, 24/7 news cycles drive the progress of your retirement plan. And what is the best course of action? Instead, to remain calm, plan smart, prepare well, and stay focused on your plan.

Getting the Retirement Financial Future in Order

Uncertainty isn’t something that we can ever completely avoid. So, what can you do to protect yourself and your loved ones?