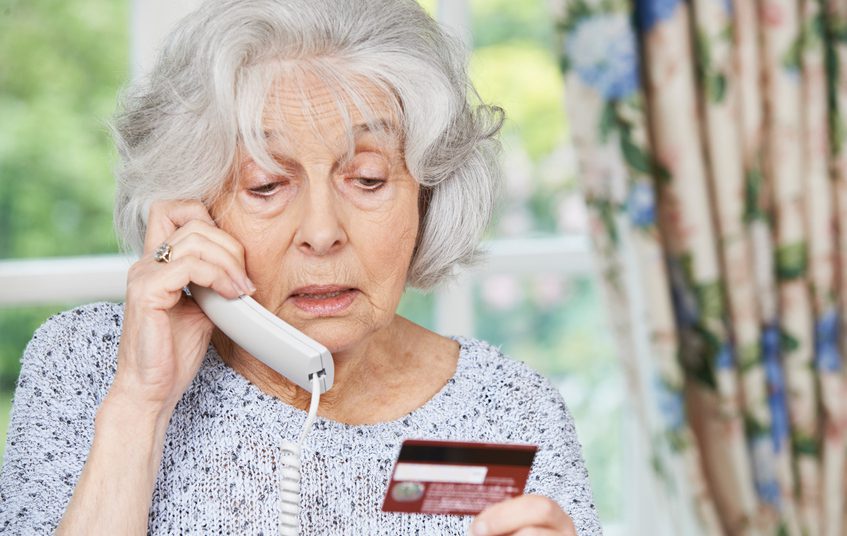 Tune into a financial show on TV or the radio dial, and chances are you have heard it.

The retirement income shortfall among Americans has been a hot topic in the financial advisory community for a long time now. But, surprisingly, what hasn’t received as much attention is the issue of carrying debt into retirement.

It’s a serious matter. More retirees are carrying larger amounts of debt into their non-working years than ever before.. With its rapid pace of growth, this trend is threatening to further disrupt the retirement plans of many seniors.

According to blogger Chris Farrell, the median total consumer debt for retiree-led households (age 65+) was $31,300 in 2016.

Other studies have similar findings. According to one study by researchers at the Ohio State University, among households ages 55-70, some 75% of households had some sort of debt load. That is up from 64% of households in 1989.

As Farrell mentioned on a podcast with NextAvenue: “Over the past ten years — since the financial crisis — one thing that is really striking is how much debt consumers have taken on, particularly in the past couple of years. And people over 60 are increasingly comfortable taking on debt.”

Farrell’s concern is that with these debt loads, financial shocks such as health emergencies can uproot people’s retirement. In turn, that can lead them to a drastically reduced lifestyle. Those who study the impact of debt loads on retirement share his concern.

In their research paper, the researchers from Ohio State said: “Debt-related stress is a growing concern, given the growing amount of debt held by older adults as they enter retirement.”

A group of researchers behind another paper echoed this concern, writing, “Starting retirement with debt could exacerbate the impact of any impending negative [financial] shocks.”

Some Debt Has More Impact Than Others

In the research paper by the Ohio State University researchers, the findings included this observation: a relationship between debt and financial stress for older Americans, with certain kinds of debt being more of a stressor than others.

Credit card debt was found to be the most stressful of various types of debt, having the biggest impact on retirement-aged Americans working longer and waiting to take their Social Security benefits (so the payouts are larger).

Stress from a $1 increase in credit card debt was found to be on equal footing with stress due to a $14-$20 increase in mortgage debt.

Barbara Butricia of the Urban Institute and Nadia Karamcheva of the Congressional Budget Office also arrived at similar conclusions in their research.

They estimated that a $10,000 increase in credit card debt for people aged 55 to 70 raised the likelihood of them continuing to work by over 9 percentage points. It also reduced their chances of receiving Social Security benefits by about 9 percentage points.

What is Driving the Debt Increase?

Farrell believes that the increase in debt is being driven by two key factors.

First, retirees and pre-retired Americans believe they will continue earning income, which they can use to make interest payments on their debt. That can also assume that their retirement income will stay largely the same as it was in their working years.

Second, much of the increased debt takeout is attributable to a “keeping up with the Jones” mentality. In other words, it’s a matter of using credit cards, and sometimes even other debt options, to pay for an increasingly unsustainable lifestyle.

Other retirees are becoming saddled with helping their adult children out financially and with covering other financial obligations. Even student loan debt is starting to rise among seniors, especially those who attended graduate or doctoral school later on in their careers.

What Can Be Done to Pay It Down?

To counter the effects of debt on your future retirement income, experts suggest using some of your current cash-flow to tackle the “most stressful” debt first.

That includes paying down credit card debt and second mortgage debt. Taking action on these debt loads can be quite relieving, especially if they are weighing heavily on the retirement decisions you are considering now.

There are several additional steps that you can take to help counter the effects of debt on your finances. If you need to set aside certain cash-flow to make these payments each month, you have options.

One of the first steps might be to purchase an immediate annuity from a reputable life insurance company. Elsewise a deferred fixed index annuity can provide a lifetime payout, based on a higher hypothetical income benefit base than your actual contract value.

The payouts from these two types of annuities will probably be higher than what you could get from a mix of bonds in your portfolio, and you don’t have to worry about market risk affecting your payouts either.

Seniors with high credit card debt may also want to look at taking out a reverse mortgage to pay this debt off. These unique loans draw equity from your home and give you cash to spend now that you can use to reduce or eliminate your other debts.

Other Options for Debt Paydowns

A home equity line of credit could also help to accomplish this in some instances. The equity in your home can be an important asset during your non-working years, when you may not be able to turn anywhere else for financial help.

A debt consolidation loan may also be an option for those who do not own their homes or will not qualify for a reverse mortgage or home equity loan. This type of loan can at least reduce the rate of interest that you are paying on high-interest debt such as a credit card in many cases.

Experts say to be sure to use a reputable debt consolidation company that won’t charge you a huge fee upfront. Companies that do this are often fraudulent.

Finally, there is automobile debt. If at all possible, try not to borrow money when you need a new car.

Paying for your car in cash can also save you money on your car insurance. That being said, you may still want to carry some collision coverage if you purchase a nice vehicle in good condition.

These factors should all be considered when you plan out your income and expenses for your retirement. Debt can be a real gut-buster if it’s allowed to get out of hand, but it doesn’t have to be.

Your financial professional can help you work through different scenarios of how you manage debt and other expenses. The end goal? For you to enjoy a comfortable, fulfilling retirement. So, be sure to consult your financial advisor for more information about how you can deal with this.

If you are looking for personal guidance, or you want another opinion of your current financial situation, help is a click away at SafeMoney.com. Many financial professionals are ready to assist you.

Use our “Find a Financial Professional” section to connect with someone directly. You can request an initial appointment to discuss your retirement goals as well as financial concerns and overall picture. Should you need a personal referral, please call us at 877.476.9723.