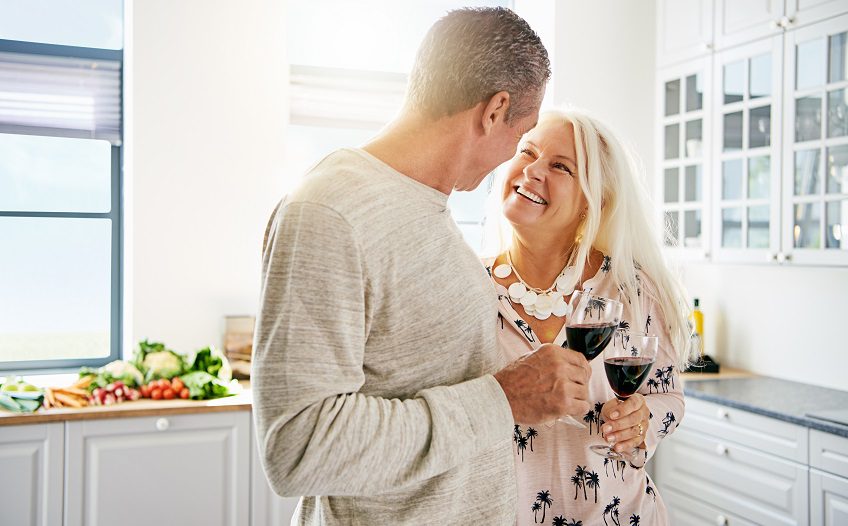 Several factors come into play when you plan for your retirement. Your age, longevity, and the returns that you will earn from your retirement portfolio are just a few. In some form or fashion, all of those can play into your target retirement age.

But one frequently overlooked factor is the day that you will stop working. You may think that you will keep working until you are 70. Nevertheless, this is often an overestimation of how long you will stay in the workforce.

The fact is that you will probably not continue to work for as long as you think you will. That might be due either to health factors or the need to care for parents (or maybe other elderly family members).

This factor can substantially impact your retirement plans by either forcing you to forego retirement goals such as traveling and hobbies or live a significantly diminished lifestyle.

The Rule of 61 in Retirement Planning

In his award-winning white paper, David Blanchett (Ph.D., CFA, CFP®) explores an idea that he refers to as the “rule of 61.”

What is the Rule of 61? According to Blanchett, Morningstar’s head of retirement research, it’s an age-based guideline that give people an idea of when they will actually retire versus when they planned.

Those planning on retirement after age 61 tend to retire later than they expected. What about people who target age 61 for retirement? They generally retire when expected.

And for those setting their retirement sights after age 61? They generally retire a half-year early for each additional year they plan to work past 61.

Weighing the Effects of Early or Delayed Retirement

Retirement timing matters because it determines, in large part, how much lifetime income you will need for a comfortable lifestyle.

As Kerry Pechter, Editor of the Retirement Income Journal, writes:

“For [someone] who retires a few years earlier than expected—and who stops working earlier—the implications on his or her retirement savings target can be significant. Once you factor in a shorter saving period, a longer retirement, and a smaller Social Security benefit, an early retiree might need to save 25% more than expected to enjoy the same level of retirement security.”

For these reasons (and others), retirement investors would be prudent to explore this so they can see how early retirement might affect their lifestyles.

More research is showing that a majority of American workers are retiring sooner than they expected. This trend can have an enormous impact on their retirement plans.

They have a shorter window to save, especially if they are forced to retire. There is a longer amount of time over which they will have to stretch their money.

Both of these factors can greatly reduce the quality of life they hoped for in retirement. And not only that. Lower Social Security benefits also play a role in the lifestyle that retirees have once they stop working.

Plan for Your Future

Although retirement can be a daunting target, it’s well within reach.

It just might mean saving more in employer plans (if they are available to you), such as with 403(b) and 401(k) plans. There are other options that can be tapped as well, including IRAs and other retirement-saving accounts.

The key, of course, is to start saving early and allow time to work its magic in your accounts. Even if you are little bit behind the ‘eight ball’ in your savings goals, there is still time to ramp up and accumulate a nest egg for a financially secure future.

Older retirement savers can take advantage of “catch-up” contributions to their retirement plans and IRAs. That can be especially beneficial if they weren’t able to save anything during their younger years.

Workers who end up retiring sooner than expected might have to save at least 25% more for retirement than they are now, according to Blanchett.

You may already be making the maximum possible contributions to your employer-sponsored retirement plans (or at least for an employer match). But if an early retirement seems to loom, consider putting away money in an IRA as well.

One interesting trend: As a group, men are retiring earlier than they did in past times.

In 1880, about three-quarters of all men age 65 and over were still in the workforce. Fast-forward a century, and only 20 percent of all working males were 65 or older a hundred years later in 1980.

But recently, there has been a global trend towards a later retirement. In 1962, the average retirement age for men was 65. Then it dropped down to 62 in the 1990s.

By 2013 it had climbed back up to age 64.2. And similar increases are happening among all developed nations.

These recent increases are at least partially attributable to the increase in eligibility for government pensions, coupled with financial incentives to retire at a later age.

Ultimately, those looking at a forced early retirement might have only a couple of options to choose.

They can either downscale their lifestyle to an affordable level. Or they can invest their retirement savings more aggressively.

If you find downscaling to be unappealing, then your portfolio holdings might need to be in a more aggressive mix. However, this strategy can be risky, as those who planned on retiring in 2008 learned when the market dropped by 40%.

If you are within 10 years of retirement and have accumulated a nest egg, then you might need to consider the possible effects of sequence of returns risk. But if you retire early, though, then you may have to delay doing this.

The downside, though, is this will leave you vulnerable to sharp losses at a time when you can least afford it. The sequence of returns matters the most at this point, so a severe market downturn may be difficult to recover from.

What if you decide to pursue this strategy anyway? Then you might consider consulting with a qualified financial advisor who has experience with managing portfolios with a higher risk exposure.

If you do suffer a large loss in the markets, don’t let your emotions dictate how you respond to this. Among other conflicting possibilities, your emotions might tell you to sell off assets, which would put you formally in the red.

What if you face the prospects of a large income gap over many years? Then consider filling the hole with annuities, the only instrument that is capable of paying out a guaranteed lifetime income. As a safe money solution, fixed-type annuities often can pay out a lifelong income stream for far less cost than what other asset classes would give you.

An impartial financial professional can be invaluable for providing personalized recommendations and guidance for what makes sense – whether you need to pursue a new portfolio strategy or simply sit on what you have.

Mind Your Target Retirement Age and Other Milestones

Early retirement can be feasible with a little bit of extra planning, especially if you know beforehand when you will quit working.

Heed your target retirement age and the rule of 61 as you plan for your future. Evaluate your progress with your retirement savings and income goals.

Do you need to accumulate more savings? Do you have a detailed outline of what your long-term retirement spending needs might be? Do you have a blueprint for how you will generate cash-flow in retirement for those income needs – and how you might cover those for a decades-long window?