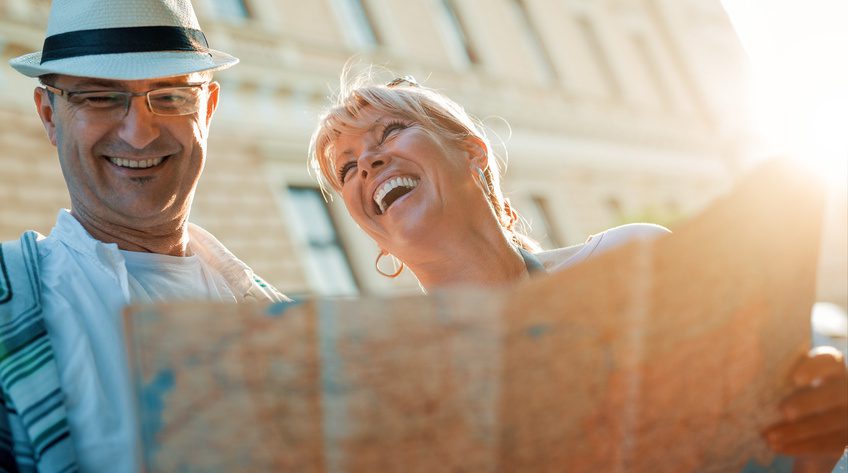 Year after year, many Americans are finding it harder to provide for their spouses during retirement. Guaranteed pension payments have been disappearing as more companies move toward 401(k)s and other savings plans. And with the end of file-and-suspend in Social Security, numerous couples now can’t use the higher earner’s wage record for greater benefit payouts.

This brings up the question of survivorship: How can retirees ensure their spouses receive sufficient income for current and future needs? Many couples have turned to joint life annuities as a long-term solution.

However, that doesn’t mean that a joint life annuity is right for everyone. In some cases, having separate annuities can be more prudent. Or it may be appropriate to seek retirement income strategies with other means. But no matter what, whether someone should choose a joint life annuity or a few single life annuities will vary on an individual basis. It depends on the potential buyer’s needs, goals, and situation, among other factors.

If you are considering a joint or single annuity, here are some pointers to help you think about your options.

How Joint and Single Life Annuities are Different

First, it’s important to understand the differences between a joint life annuity and a single life annuity.

A joint life annuity requires two or more annuitants, or persons who will receive annuity income payments. When a spouse is earmarked as a second annuitant, they are called a “joint annuitant.” However, both partners don’t receive payments at the same time. Rather, the contract holder receives annuity payments until they pass away.

Afterward, their partner, or the joint annuitant, begins getting payments, which can be the same amount or reduced benefits. So, the recipient of joint annuity payouts depends on survivorship status.

In a single life annuity, a number of conditions can apply. For example, whatever happens may depend on the payout option you chose within your contract. You might have these choices for payouts:

Finally, someone takes withdrawals from the contract with an income rider. As the contract holder, they haven’t opted to annuitize the contract. Should they pass away, the contract would spell out what benefit their specified beneficiaries would receive. You can learn more about what happens in general to a death benefit when a contract holder dies here.

Single and Joint Annuities — Breaking Down Their Benefits and Downsides

Just like with other annuity features, you will be giving something up with whichever annuity you might purchase. With a joint life annuity, you are instructing the insurance carrier to carry more of the risk tied to longevity and income certainty. After all, it will be providing income payments to two people over their lifespans. The tradeoff is that the income payment amounts most likely will be smaller compared to other payout schemas.

With a single life annuity, you ask the carrier to make payments over the lifespan of one person. This puts less “stress” on the insurance company, and payment amounts likely will be higher.

Age is an important variable in these calculations.The older someone is, the more likely they are to pass away before full return of premium has been made. If an older person chose the lifetime-only annuitization option, they would likely receive bigger payout amounts than with period certain annuitization or contract withdrawals with an income rider. However, the remaining balance in the contract would go to the insurance carrier upon the annuitant’s death.

It’s important to also consider the effects of age on a joint life annuity. Actuaries base joint life annuity payments on the ages of both spouses. Should there be a gap between the ages of both annuitants, it could be impactful. People of younger ages are likely to live longer, and a result they carry more longevity risk for insurers. When both spouses are far spread-out in age, they will likely see minimized payment amounts. Single life annuities may be an option to consider if that’s the case.

This situation may also apply if both spouses retire at different ages (and hence have different income needs). Only 20% of couples retire within the same year, according to the Center for Retirement Research at Boston College. So, the retirement timing of one spouse, their subsequent income needs, and the retirement timing of their significant other should be considered. You may want to discuss thing, along with other retirement plans, with your partner.

What are Some Other Situations to Consider?

If a couple is near retirement age, both spouses have significant assets, and both are high-income earners, single life annuities may be worth a look. If both partners want to maximize their income, single life annuities probably will offer bigger payment amounts. And people fitting this retirement saver profile may have stockpiled other assets, or they may have legacy strategies set. They may not have to worry about beneficiary implications with their annuity income goals.

Some situations in which couples may consider a joint life annuity may include:

Another situation to consider is in the case of a non-qualified annuity. Yes, non-qualified annuities offer the advantage of tax-deferred growth. They also don’t have required minimum distribution obligations to meet while the contract owner is alive. However, say the annuity is a jointly-owned contract. When the contract owner deceases, the beneficiary must start post-death RMD obligations. This may be triggered when the first owner of the contract dies.

As the surviving joint owner, the spouse will have to fulfill those RMD requirements. They may even be required to liquidate assets to pay for them. That can create a taxable event in the process, a situation no doubt their partner would have wanted to avoid. However, in a single annuity, contract holders may pass on the annuity to their partners through “spousal continuation,” or where they name their spouse as a beneficiary.

If the potential implications of a non-qualified contract are of concern, a single life annuity may be wise to consider.

No matter what, any annuity purchase should make sense for your financial picture. It should be a natural complement to your financial strategy, not a hold-up or a disruption. When you are thinking about single or joint life annuities for your financial future, consider expert financial guidance. Many people have benefited from the personalized attention and insights of a knowledgeable financial professional.

If you are ready for personal financial guidance, financial professionals at SafeMoney.com can help you. Use our “Find a Financial Professional” section to connect with someone directly. Or call us at 877.476.9723 for a personal referral.