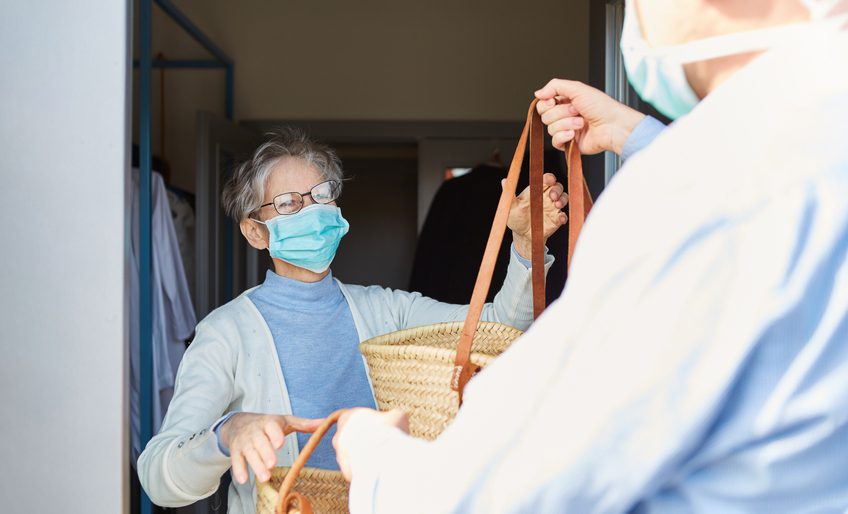 The novel coronavirus pandemic has impacted all of us in some way. Almost overnight, the U.S. was hit hard with record unemployment.

Many household incomes have been abruptly shut off. Several industries have slowed down to a crawl or else been shut off.

Of course, there is no question that better days will be ahead at some point. The U.S. economy is strong, and we will emerge all the stronger for it.

Even so, those without the benefit of continuing income from full-time employment or those with a shorter window before retirement may want to take a step back. It’s prudent to take stock of the situation, seeing what they can do to protect themselves. And that can helpful especially if something like this ever happens again.

How can this black-swan event affect seniors and baby boomers nearing retirement? In an April column of the Retirement Income Journal, a former International Monetary Fund official lays out some of the medium-term and long-term possibilities. Read More 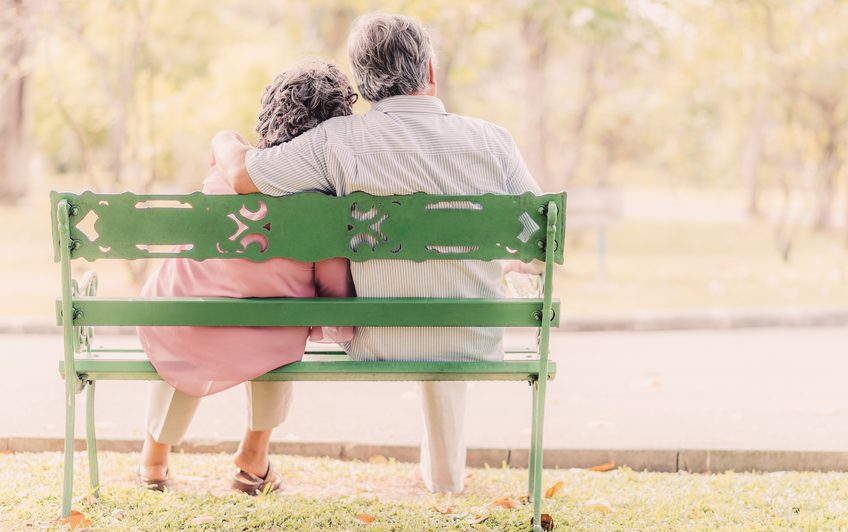 At some point or another, you may have heard of the “Four Percent Withdrawal Rule,” but what exactly is it? And why does it matter for your retirement?

The four percent rule is the brainchild of south California financial planner Bill Bergen. Simply put, the rule states that a retiree can withdraw 4% of their initial retirement portfolio balance, and thereafter, adjust their amount for inflation each year. This approach would give the retiree a reliable “paycheck” that lasted for 30 years.

Back in 1994, Bergen had many clients worrying about safe withdrawal rates. They were anxious about how much they could spend in retirement without running out of money. Searching for answers in financial textbooks, Bergen found that no educational materials at the time gave a definitive answer.

With that, Bergen went to work on his computer. He ran analyses on data provided by no less than Roger Ibbotson, whose blockbuster research includes groundbreaking findings on indexed annuities as a retirement asset class.

The end result? Bergen’s now-famous four percent withdrawal rule. Today, it’s one of the most widely quoted and used rules of thumb in finance.

But those days had vastly different economic conditions than now. Given that, is the 4 percent rule still relevant for retirement investors today? Read More 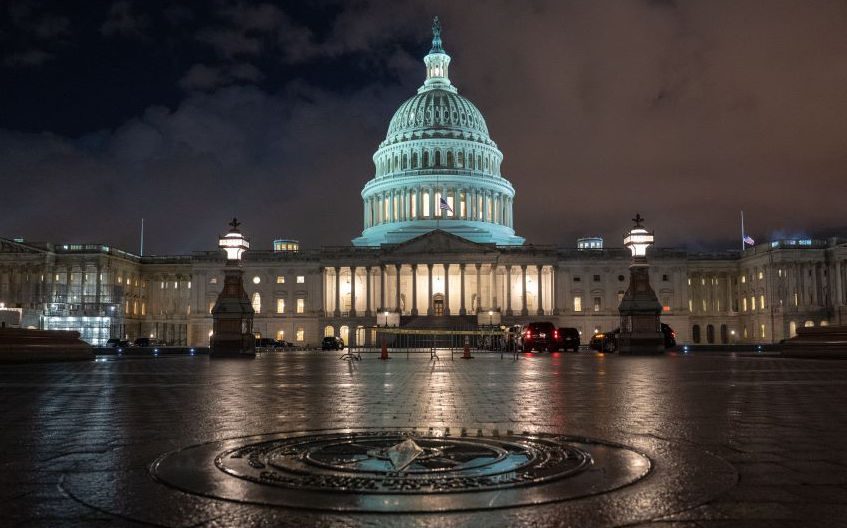 Recently, Congress passed and President Trump signed into law the “CARES Act.” Among policymakers, the bill is known more formally as the Coronavirus Aid, Relief, and Economic Security Act.

Much of the law is aimed at providing economic relief for businesses, but some parts of the act changed IRA and retirement-plan provisions. The bottom-line of it all? Many of these retirement changes can directly affect your ability to access money and bolster your income.

These changes will have a large effect, regardless of whether you are retired or are still working toward your golden years. In a Forbes.com column, Bob Carlson, editor of Retirement Watch newsletter, wrote about some of the most important changes.

Here’s a look at some major changes that might be coming to your retirement, courtesy of the coronavirus economic relief legislation that became effective on March 27th. Read More 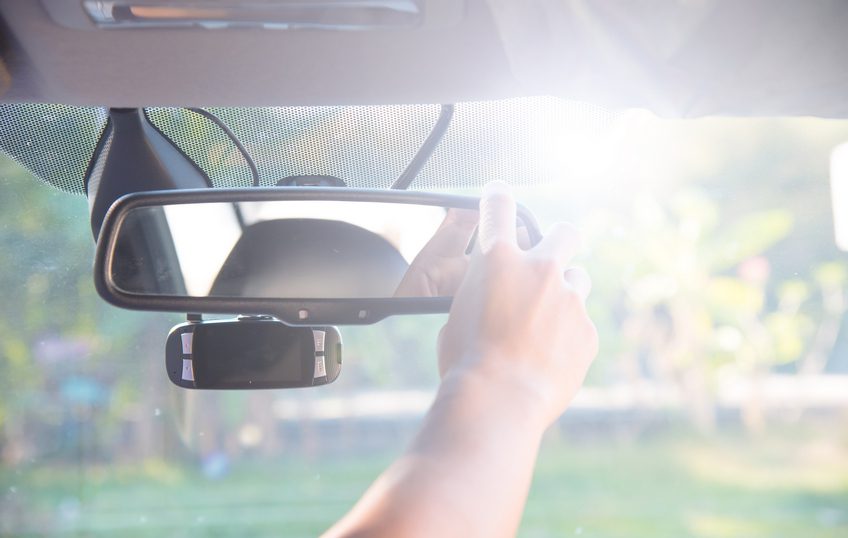 Many working-age Americans have at least some idea of when they want to stop working and sail off into the sunset. But sometimes there can be a major gap between what we plan and what actually happens.

For many workers, one such gap is between the age at which they want to retire and the age at which you discover that you have to retire instead. A surprisingly large percentage of American workers are forced into early retirement for a variety of reasons. Those reasons include job termination, layoffs, personal health issues, or a need to care for elderly parents or other relatives.

Of course, early retirement can come with its own financial headaches. You might need to begin taking Social Security early for a reduced benefit. Or you might have to deal with not having enough savings to last for the rest of your life. Whatever the challenges, it’s a period of major adjustment.

Early retirement means that you will have fewer years to save for retirement. You will also have a longer period of time over which you must stretch your money.

What if you plan to work until age 65 or 70? It’s wise to create a financial projection of what your retirement will look like if you had to stop working at age 55 or 60.

And don’t be surprised if you run into some sort of income shortfall. Not everyone is fully prepared to retire early when forced into retirement. So, to be ready for that possible outcome, you might have to make adjustments to your plan accordingly. Read More 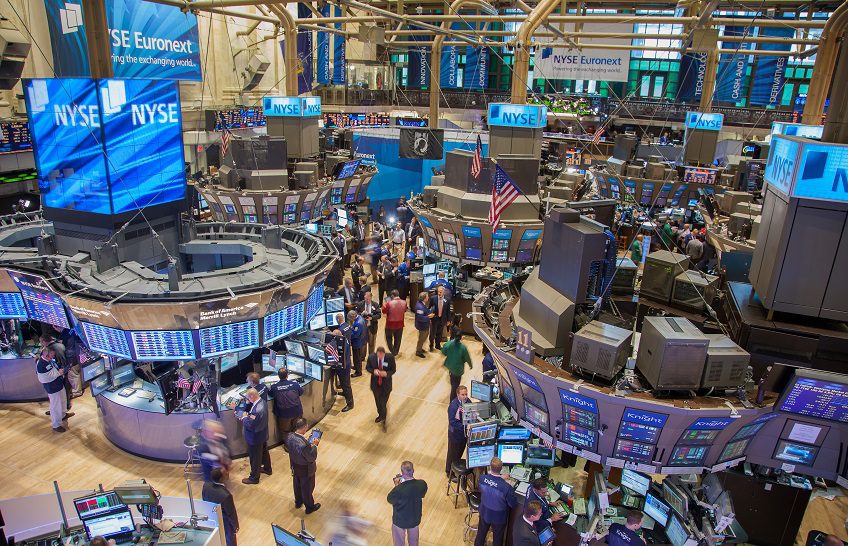 As a new year rolls in, one survey suggests that advisors are optimistic but cautious about what might lie ahead for their clients in an uncertain economy.

InvestmentNews has released the findings of another one of its comprehensive surveys of advisors each year. In November of 2019, the news outlet surveyed 353 advisors about their outlooks and their concerns for the upcoming year.

Most of their outlooks were chiefly optimistic, and in some cases, even moreso than last year’s survey. They expect the economic expansion to continue and predict another bullish year for stocks. But they do have some reservations about the possible results of the 2020 election.

About 7 out of 10 advisors think the economy is doing well. Only 54% of advisors felt this way in InvestmentNews’s advisor survey in 2019. Meanwhile, a hefty 80% of advisors thought so in the survey from 2018. Read More

People are living longer than before, leading many to ask: “How long could my retirement really last?” In generations past, retirement represented a relatively short period of time in most peoples’ lives. They would work until they were 60 or 65 and then live perhaps a few more years before passing away.

But this has become a thing of the past. Today, some retirees could live for as long as another 30 years after they finish with their careers. Many of them are now travelling around the world, starting new businesses, or doing charity work.

The answer to this question will depend upon many factors, such as your projected longevity, financial resources, and current health. If you come from a family of long-lived forebearers, then you may have a good chance of living that long yourself. If you smoke or drink heavily, then your lifespan may not last as long as it would if you quit doing those things.

Thanks to advances in medicine, technology, and wellness, people’s lifespans are longer than before. The National Vital Statistics Report from the Department of Health and Human Services revealed that the average American’s lifespan has increased by 30 years over the past century. Read More 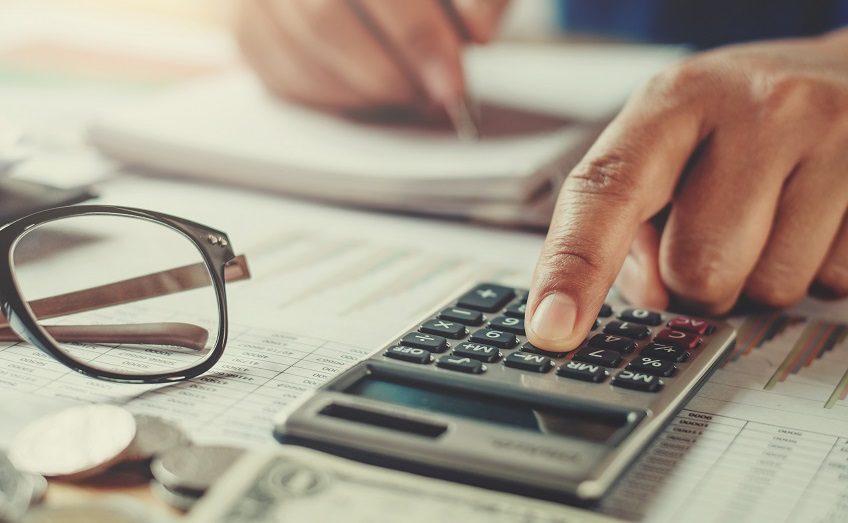 Uncle Sam can be one of your key partners in your retirement saving. If you have money in a traditional IRA or an employer-sponsored retirement plan, then that money automatically receives tax-deferred status in the eyes of the IRS. Other accounts like SIMPLE IRAs and SEP-IRAs also benefit from this tax-favorable treatment.

Generally, your contributions to those accounts are tax-deductible. The money inside the account grows tax-deferred, or without taxes on the earnings over time, as long as withdrawals aren’t taken.

But you can’t enjoy this tax-deferred growth forever. Required minimum distributions are one way that Uncle Sam ultimately collects his tax dues.

Once you reach age 72, the IRS sets required minimum distributions (or RMDs) for you. You will be required to start pulling a certain amount of money out of your traditional IRAs and qualified plan balances every year.

The same goes for other kinds of IRAs with pre-tax money status. And this money will be taxed at your top marginal tax bracket, regardless of how long it’s been in the account.

Before wide-ranging retirement reform called the SECURE Act was passed, the age for starting required minimum distributions was 70.5. If you turned 70.5 in 2019, the old rules apply to you. Check with an experienced tax advisor for guidance with your situation.

There is no capital gains treatment available for traditional IRAs and qualified plans, save for one exception. The sale of company stock held inside a 401(k) plan can be spun off and sold separately under the Net Unrealized Appreciation (NUA) rule. Read More 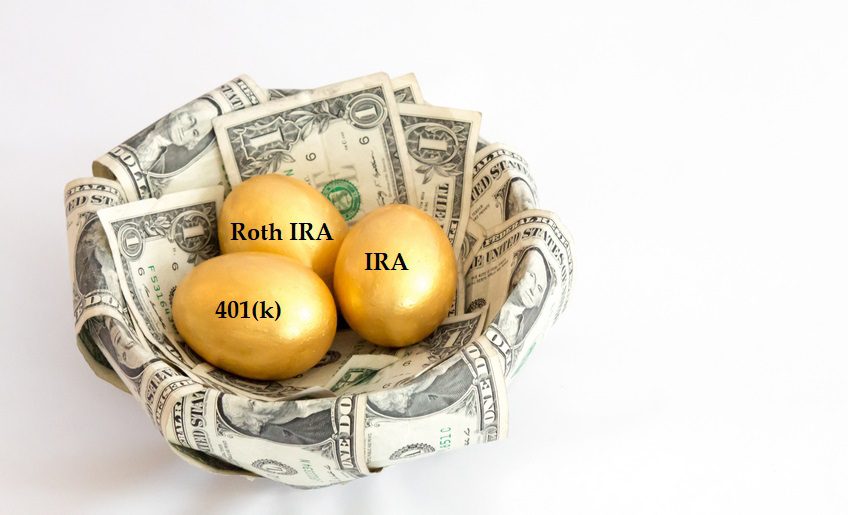 Many of the income thresholds and contribution limits were raised. Meanwhile, a few stayed the same or changed very little.

Millions of Americans save and accumulate money for retirement using IRAs and qualified plans (or non-qualified plans for highly compensated and key employees). And every year, the IRS updates the income thresholds and contribution limits for a wide variety of retirement and medical savings accounts. This is done to keep pace with inflation.

The changes to contribution limits for retirement plans and other accounts in 2020 are listed as follows: Read More 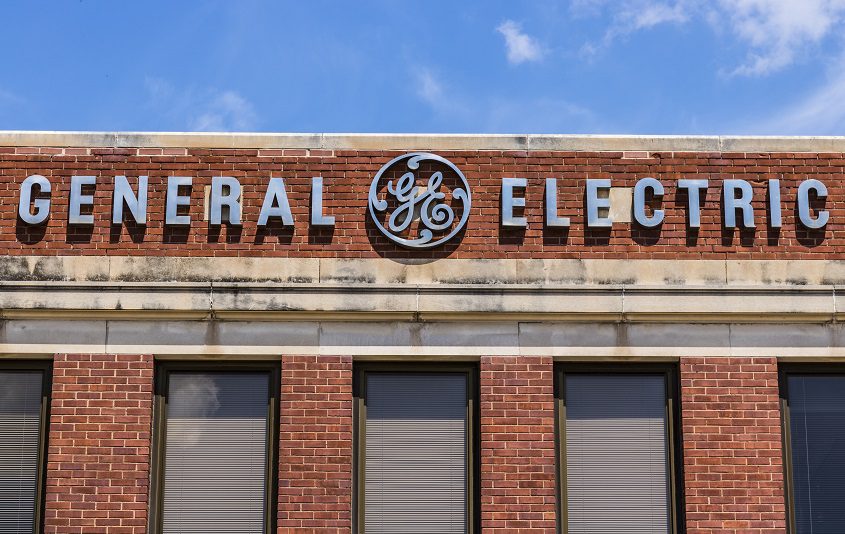 Once a corporate giant, General Electric Corporation has found itself in a downward spiral in recent years. The former staple of American business has been working to clear some substantial debt off its books.

One of the company’s latest big moves? To reduce debt by freezing its employee pension assets. This means that benefits will not continue to accrue for its employees, even though they continue to work there.

But while this is obviously better than pension termination, where the pension plan is simply dissolved, it marks the latest casualty in the pension landscape in corporate America. Read More 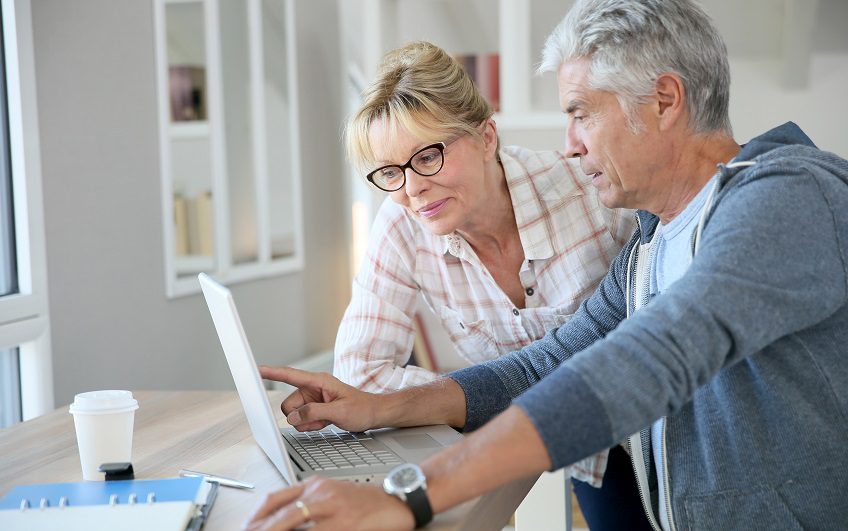 When it comes to taxes, you can be sure that Uncle Sam will want his share. Retirement tax planning can help you make the most of your money. Tax-wise strategies let you maximize your income and keep more of what you have accumulated over a lifetime of hard work.

But while Uncle Sam’s tax collections are a certainty, what is less than clear for millions of retirees is their own tax bills. Many don’t know whether they are paying too much in taxes or not – and how, in turn, that affects their retirement income streams.

Fortunately, there are several ways that you can reduce your tax bill after you stop working through the proper use of annuities and IRAs.

The order in which you withdraw your assets can also substantially impact the amount of tax that you will have to pay. Studies have shown that a properly-structured withdrawal schedule can extend the life of an investment portfolio by as many as 6 years in some cases. Read More