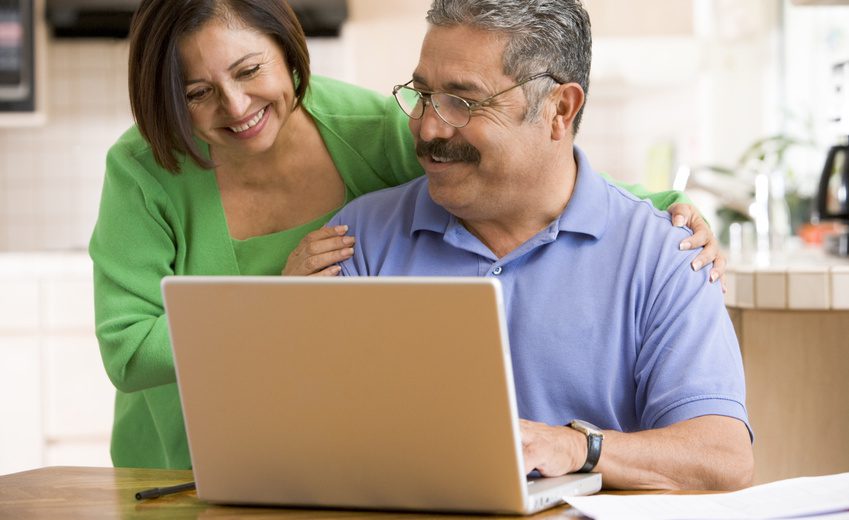 What do you plan to do the first day you actually retire? Plan that dream trip? Write that first page of your novel? Explore new opportunities to partake in hobbies or other interests? Just take a deep breath and learn to relax?

If you are like most of the retirees surveyed in the 2018 Retirement Preparedness Study, your retirement years may look a lot like your working years.

Or, at least, that is what working-age Americans foresee for their retirement futures. Commissioned by PGIM Investments and conducted by The Harris Poll, the study found that 52% of pre-retiree baby boomers expect to have a full-time or part-time job during retirement.

This finding is in sharp contrast to the lifestyle of current retirees, with only 6% of them working for a paycheck. Pre-retiree Gen Xers are even more convinced they will need to work in retirement, according to the study, as a substantial 58% responded this way.

Working in Retirement: The Story that Never Ends?

What is driving this expectation that work won’t end when retirement begins? To get an idea, Harris Poll interviewed generations of working adults, including retired and not-quite-retired-yet baby boomers as well as working Gen Xers.

In particular, one set of findings stands out: When those surveyed offered reports of when they retired or when they expected to. Here’s a breakdown of retirement timelines and expectations by generation.

When asked about the timing of when they retired, baby boomers said: 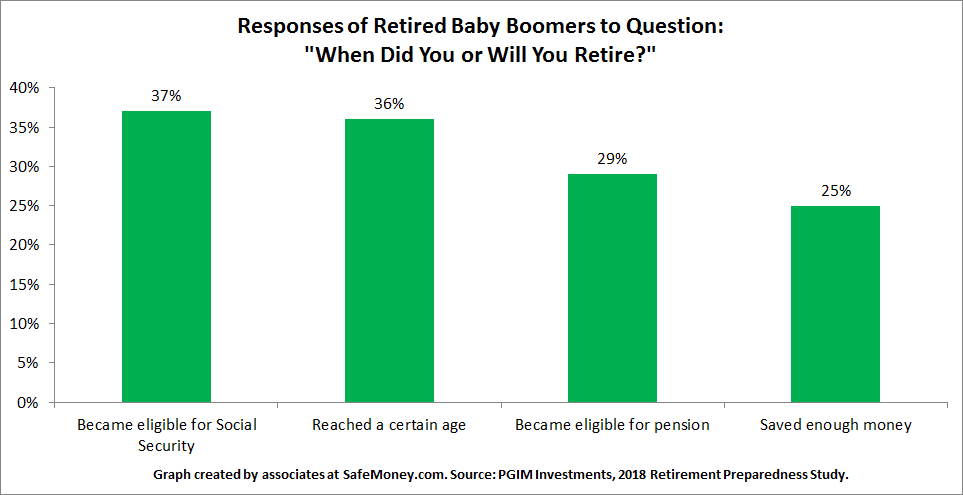 What about Gen Xers? Here is what they said when asked when they expected to retire:

What is interesting is that eligibility for Social Security is a common milestone for retired and working Americans alike. For many, a drive to work longer stems from the belief that Social Security may not be solvent by the time they reach retirement age — or even when already retired.

In recent headlines, it was reported that in 2018, Social Security will have to dip into its trust fund to pay its benefits for the first time since 1982. That might have helped fuel some of the concerns that retirees and working adults expressed in the PGIM Investments survey.

Even so, a large number of Americans don’t realize that depleted benefits programs don’t necessarily equate to zero benefits. As Jared Bernstein, senior fellow at the Center on Budget and Policy, wrote recently on the news headlines regarding Social Security and Medicare:

“It does not mean that either program is broke and can’t pay benefits. Most of the funding for these insurance programs comes through payroll and income taxes levied on current incomes. Therefore, even if the trust funds go to zero, about three-quarters of Social Security and 90 percent of Medicare benefits will be financed by dedicated revenue.”

“Half of Gen Xers say they will be ready to retire when they have saved enough money,” the study reports. Today’s retirees decided when to retire primarily based on their age and eligibility for Social Security and pensions.

But they might not be doing enough to reach their goals. According to the study, 79% of pre-retirees agree they should be doing more to prepare for retirement.

“Actions taken by many pre-retirees fall short of what is needed to fund a secure retirement,” the study concludes. “Only 48% say they have a strong retirement plan in place, 63% do not use a financial advisor, and 19% of Gen Xers… are not saving for retirement at all.”

When asked their level of retirement preparedness, respondents to the study gave themselves an average grade of C. “Astonishingly, 25% of pre-retirees are not sure how much they are currently saving for retirement,” the study calls out.

Other eye-openers from this research:

The Bottom Line in Retirement

And how can we define net spendable income? Think of it as the difference between scraping by in retirement and building more-than-sufficient financial resources to enjoy with confidence the lifestyle you have envisioned.

Before retirement, know what your income numbers need to be. What does your comfortable retirement look like? Once you know your spending projections, you will be in a much better position to solve the “mystery” of what you need to save or to have ready to go for retirement.

See yourself falling short? A financial professional can help you determine catch-up strategies or other planning adjustments you can — or might need to — implement.

Your options might include stepping up contributions to retirement accounts, making your retirement plan more tax-wise and spendable income-efficient, or reducing fees and their drawback on potential spendable income for the level of service you are receiving.

Are you ready for financial guidance? If so, financial professionals at SafeMoney.com stand ready to help you. Use our “Find a Financial Professional” section to connect with someone directly. Should you need a personal referral, call us at 877.476.9723.